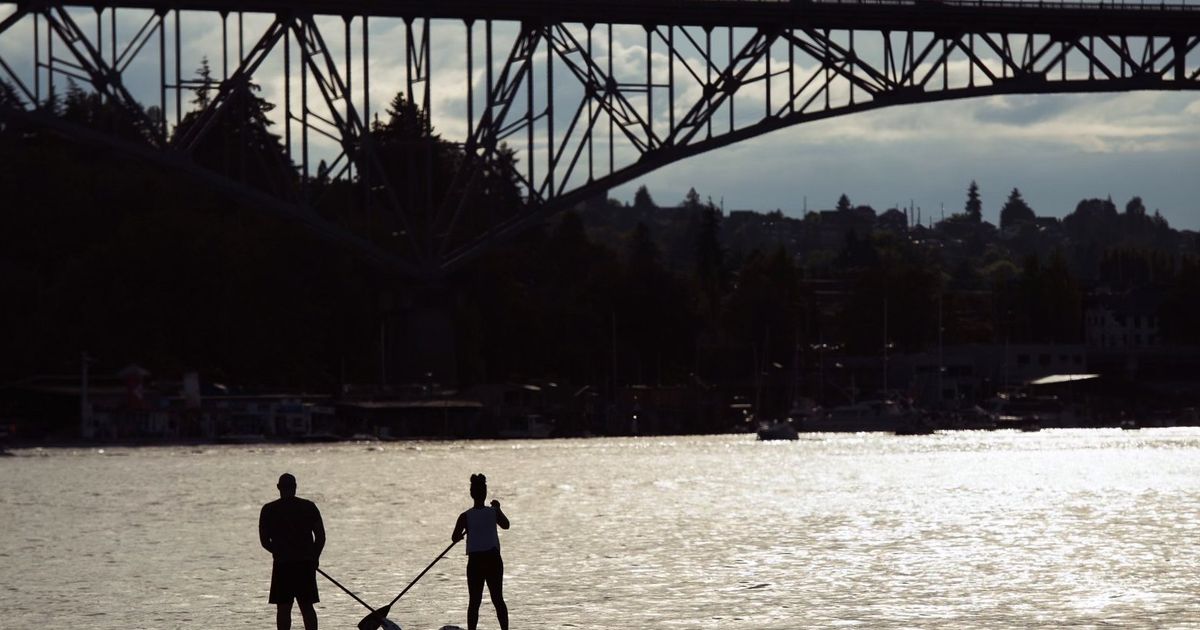 That’s the old adage, at least. This week, after a mostly dry Fourth of July, the Seattle area can expect highs in the low 70s over the next few days, with some rain expected midweek.

So while you won’t be shivering in the coming days, you likely won’t find yourself relaxing on a hot, dry Seattle beach either.

On Tuesday, Seattle is predicted to have a high in the low 70s with a mix of sun and clouds, said Matthew Cullen, a meteorologist with the National Weather Service. A slight rain pattern may begin as early as Tuesday night.

Wednesday will be cloudier, but temperatures will remain around the same. A slight chance of showers is expected Thursday during the day and night.
On Friday and Saturday, skies are expected to mostly be sunny with clouds.

“We’re hitting our stride with a little bit drier, a little bit more consistent pattern for the next seven days,” Cullen said.

Tuesday morning’s fog, which limited visibility in some areas, was expected to only last a few hours. Cullen said that as the sun warms up, the fog should be entirely gone by the afternoon.

“We don’t really see a strong signal for thick fog for the next several nights,” Cullen said. “I wouldn’t expect it for the rest of the week.”