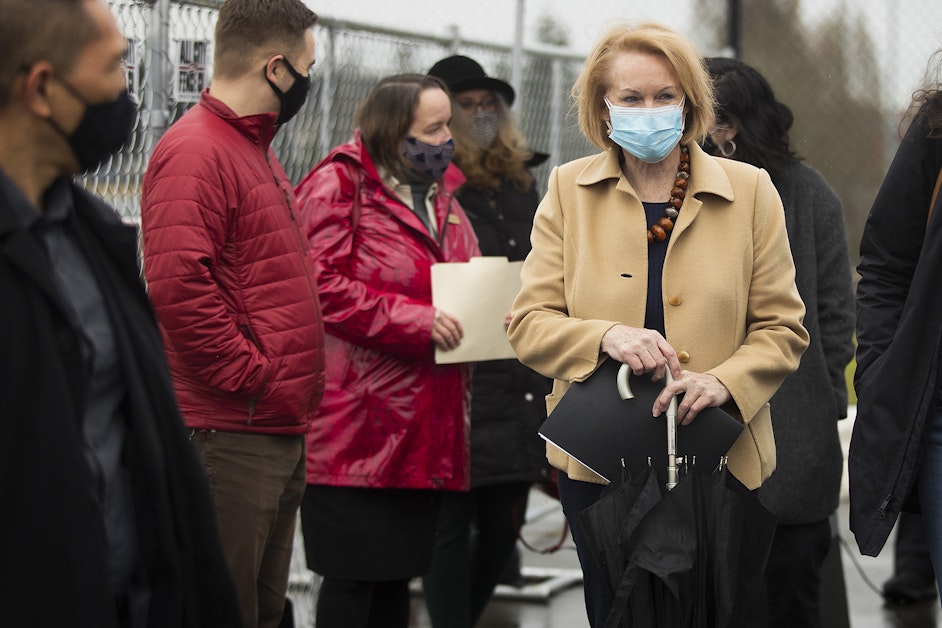 As Seattle city officials plan the next step to getting Covid jabs in the arms of those who want them, the city is also grappling with those who do not.

The city will open Covid-19 vaccination sites soon to get ahead of an expected run on doses in the coming months. The vaccination hubs will be located downtown (as soon as next week) as well as in South and West Seattle at least through early 2022.

Durkan is promising to keep unvaccinated city employees away from work that could spread Covid-19 to the public and their colleagues; for example, unvaccinated police officers will not be out interacting with people, she says.

That will mean employees who are granted religious or medical exemptions may be reassigned, if the city can accommodate them. And that, in turn, could mean changes to their bottom line.

“It gets to be fairly technical with labor laws. But the general rule is that you look to accommodate someone, but they will not necessarily be doing the same job or at the same rate of pay,” Durkan said. “You make available to them some work. And if you can’t even do that, then unfortunately, the relationship with the city would terminate.”

Time is also running out for state employees to prove they’re vaccinated in compliance with the Governor Jay Inslee’s statewide vaccine mandate.

The vast majority of state staff are already fully vaccinated. The same is true at the city level in Seattle. Of the more than 60,000 people who are covered by the statewide mandate, nearly 90% have been verified. Roughly 1,500 employees have received exemptions and have been accommodated by their agency.

Overall, 71% of people 12 and older are fully vaccinated in Washington state.

There’s another level of urgency now to reach the unvaccinated. Hospital and healthcare workers are bracing for a potential run on supplies and space as we enter flu season.

Durkan says the city’s new vaccination hubs will supplement the vaccine supply at pharmacies and community health centers. That will hopefully aboid challenges the city went through during the initial vaccine rollout earlier this year.

“[Those vaccine providers] will provide better coverage than they did before because we don’t have a vaccine shortage,” Durkan explains. “But we also know that if we’re not super intentional about targeting our most vulnerable residents and also our BIPOC residents, that we could have really inequitable distribution of vaccinations.”

The downtown hub will open on October 23 at the Amazon Meeting Center. Appointments will be available on Saturdays and Sundays from 9:30 a.m. to 3:30 p.m.

Details about the South and West Seattle hubs are not yet available.