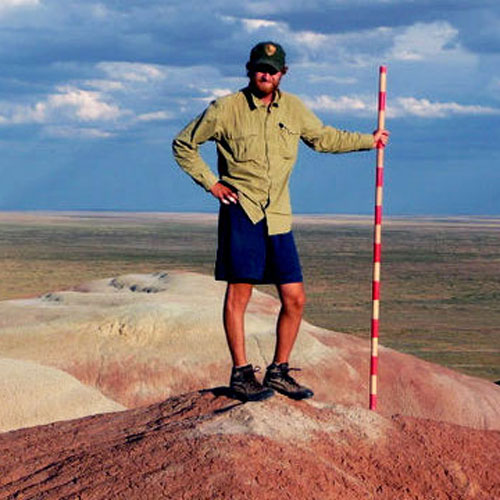 The results were exciting! Not only could we resolve the issue of why these different plant-based methods didn’t give us the same answer, but we could also use all these robust new temperatures to say something about the paleoclimate of the western U.S.

Our comparison allowed us to choose which plant-based method works best in North America, which lets us estimate past temperatures in places where we have plant fossils but no carbonate-bearing (limestone) rocks. This opens up possibilities for more researchers to answer research questions using the plant fossils in the Burke collection!

But that wasn’t all that we learned. The new temperatures from all of these sites also told us something about past environments in the western U.S., particularly in the places where we had lots of samples like on the Colorado Plateau.

As Seattleites know well, the higher you go in elevation the colder it gets, so what this new data told us was that the northern part of the plateau started out lower in elevation than the southern part, but over time grew to be higher. This makes sense if we think about modern elevations in the west, but it suggests something new about this area further back in the past—specifically it suggests that the Colorado River used to flow north instead of south.