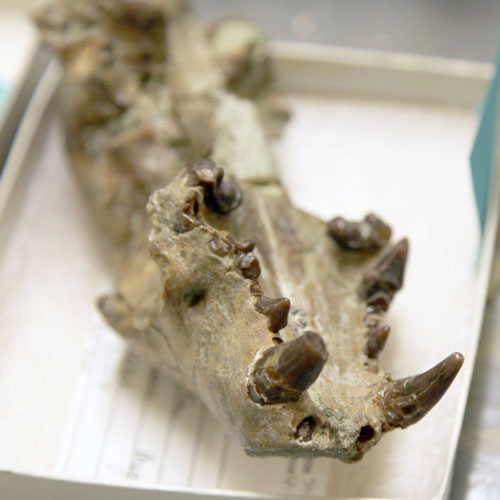 Why focus on these periods of time?

These periods of time are interesting because North America was separate from South America but occasionally became connected to Asia via a land bridge when sea level was low. We call the area that forms the land bridge Beringia; it lies between what is now Alaska and eastern Russia. Each time sea level became low enough to expose the land bridge many species would travel across, invading North America from Asia, and vice versa.

What do you hope to learn?

Any reason why carnivores in particular?

Carnivores are a good group to use to start to answer this question because we know several carnivore species made the journey across the land bridge into North America, and they have been very well studied so we know a lot about what species there were and how they were all related to one another.