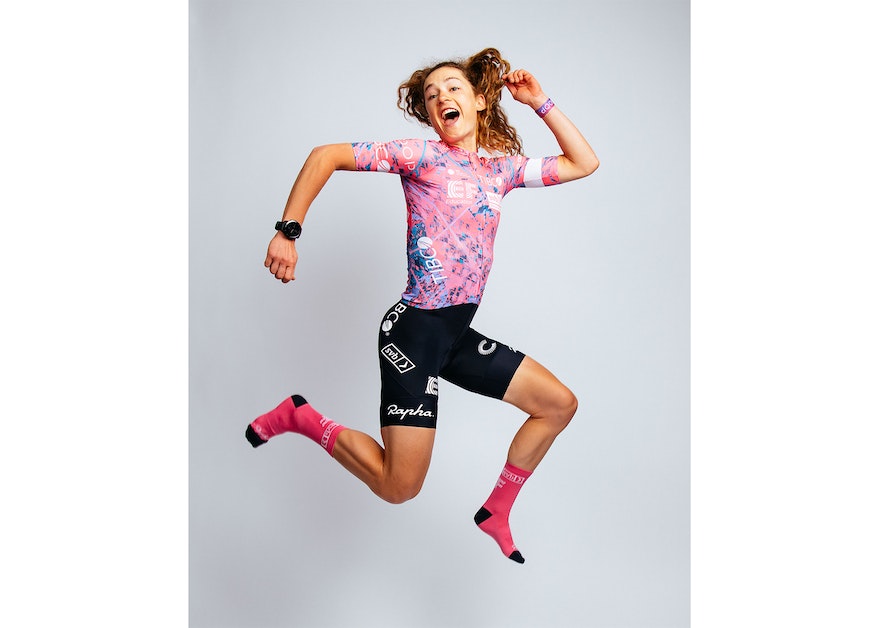 For the first time in 33 years, women are once again competing in the biggest cycling event in the world. The Tour de France Femmes kicked off this week, and one of the cyclists is from the Northwest. Veronica Ewers grew up in Idaho, went to college in Oregon, and is now based in Seattle. She was working at Seattle Children’s Hospital before turning pro in 2021.

After completing Stage 5 on Thursday, Ewers ranks 13th out of nearly 130 riders.

Ewers talked with KUOW about her experience so far, and what the Tour de France Femmes means for the future of women’s cycling.

Kim Malcolm: Tour de France Femme hasn’t happened since 1989. This is a big moment for women athletes from around the world. Can you talk a little bit about what it means to you?

Veronica Ewers: It’s just so overwhelming and exciting, It’s such an amazing opportunity for me to participate in this.

This is my first full year as a pro, and first year at the world tour level. And there are so many women who are significantly more experienced in the women’s peloton who have worked so hard. So I definitely cannot comprehend how much it means to them — having worked so hard to be finally having the women’s Tour de France.

Just last week, you posted on Instagram, and wrote in the caption, “what an absolutely brutal, beautiful, and exciting race.” Is that true?

Yes, it’s 100% true. Cycling in general, once you get to know it, it’s just a beautiful sport. When things work perfectly, there’s nothing better than everything going right. There’s clearly physical and technical talent, but that you have to have luck as well, to not have a mechanical, to not get caught in a crash. Everything has to work perfectly in order to get a result. So that’s the beauty as well as the brutality of the sport.

When you see images from the race every day, you’re going past these crowds of people. So many women, so many girls watching. What do you make of that?

It’s just so overwhelming and beautiful. I hope it inspires all of these little girls and young women, and even adult women to know that there’s progress being made, that we can do anything, and that there’s space for women to be as competitive as men.

It’s just so overwhelming seeing all of the fans, and it feels like every day there are more and more people showing up. So yeah, it’s pretty amazing.