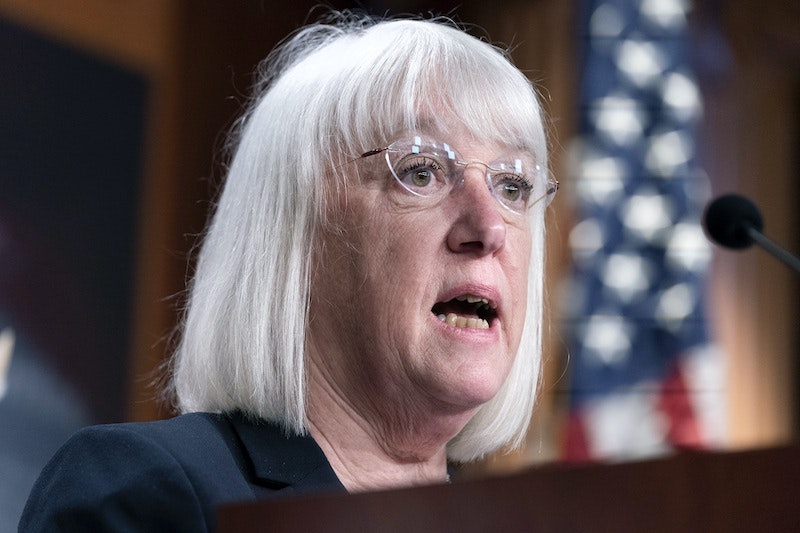 “We don’t have to live like this,” Murray said. “This is a solvable problem.”

Murray called on Republicans to come to the table and create “common sense” gun laws that a majority of Americans support. She said doing nothing is the most extreme option.

Murray is advocating for “red flag” laws, universal background checks, and bans on assault rifles on the federal level.

Washington state already has many of these laws. Murray described Washington as a leader and said the laws have led to the state having some of the lowest gun-death rates.

Murray said she believes the gun violence in America can’t be fully addressed without federal action.

“We are just one state. We know that a patchwork of state laws is not going to cut it,” Murray said, “not when an 18-year-old can drive across the border to Idaho and purchase an AR-15. Every single family in every single state deserves the right to feel safe.”

Murray said she also believes gun violence is not a mental-health problem.

“There is a real mental-health crisis in our country, today,” she explained. “Treating gun violence as a mental-health issue rather than a gun issue will never get us to the root cause.”

Murray added she is against arming teachers or putting more guns into U.S. classrooms.

Meanwhile, gun-safety advocates are holding rallies across the country over the weekend, calling for more gun restrictions.