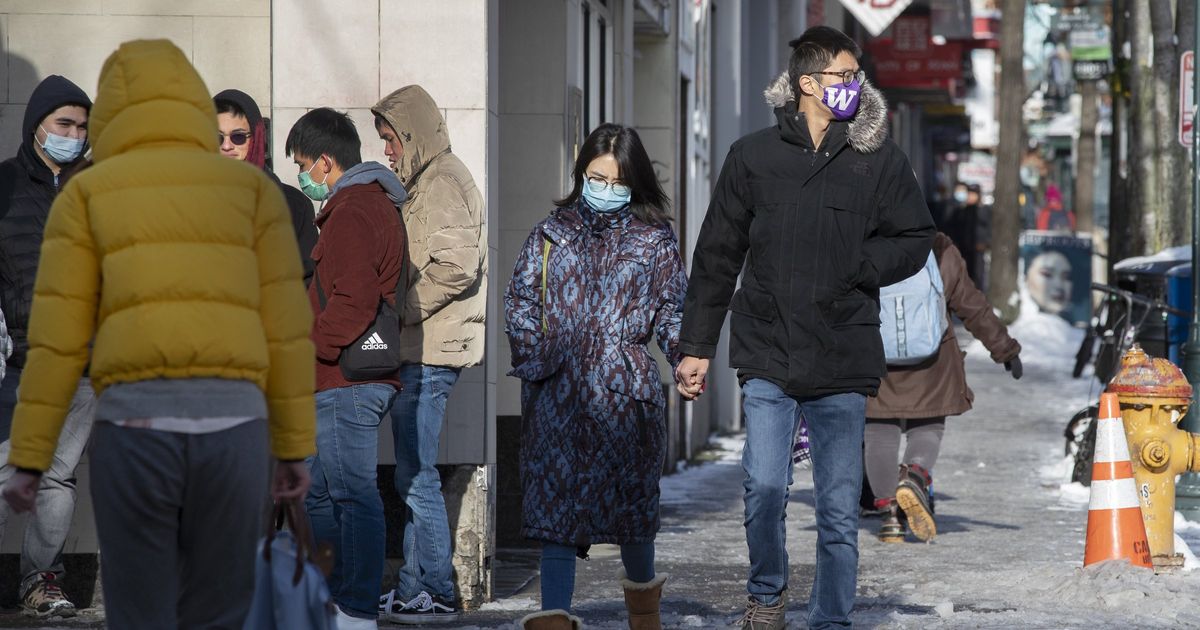 It’s not looking like we’ll see another snowy holiday weekend in the Seattle area as temperatures are expected rise to the mid-30s and 40s and rain is likely.

People in higher elevations surrounding Seattle could see some fluffy stuff this weekend, and there’s a small chance that a slight dusting of snow could happen in the lower elevations, but rain is most likely.

“The higher elevations will likely see accumulating snow, but for the lowlands and Seattle metro it’s likely going to be all rain,” said Mary Butwin, meteorologist for the National Weather Service in Seattle.

The National Weather Service recorded 9.2 inches of snowfall at SeaTac for the month of December with substantial accumulation starting on Dec. 26. Over the past week, Seattle saw substantially colder temperatures, 10 to 20 degrees lower than average, Butwin said.

The early morning of Dec. 27 recorded the coldest temperature at 17 degrees and several days stayed in the low 20s, Butwin said.

Two of the city’s emergency shelters — Exhibition Hall at the Seattle Center and Compass Center in Pioneer Square — are currently scheduled to close at 7 a.m. Monday. The shelter at City Hall will close on Sunday.

Heading into the first workweek of 2022, Seattle could see very slight snowfall on Tuesday, Butwin said, but expect temperatures to hover in the mid to high 30s.

“They’re just gonna take a little longer to get out of the cold snap,” Butwin said.

Across the U.S., a large storm system will bring severe thunderstorms in the Deep South that could lead to damaging wind and tornadoes, according to The Washington Post. The Midwest is likely to see snowfall and heavy rain could lead to flooding in the Tennessee Valley.