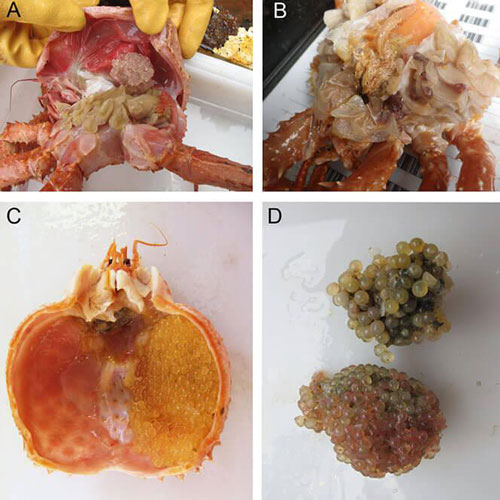 Surprisingly, the results yielded evidence of four species of Careproctus: C. melanurus, C. colletti, C. furcellus and C. simus. Each egg mass contained eggs from only one species, and appeared to be from a single parent. These results are the first positive identification of the snailfish species responsible for depositing egg masses in lithodid crabs.