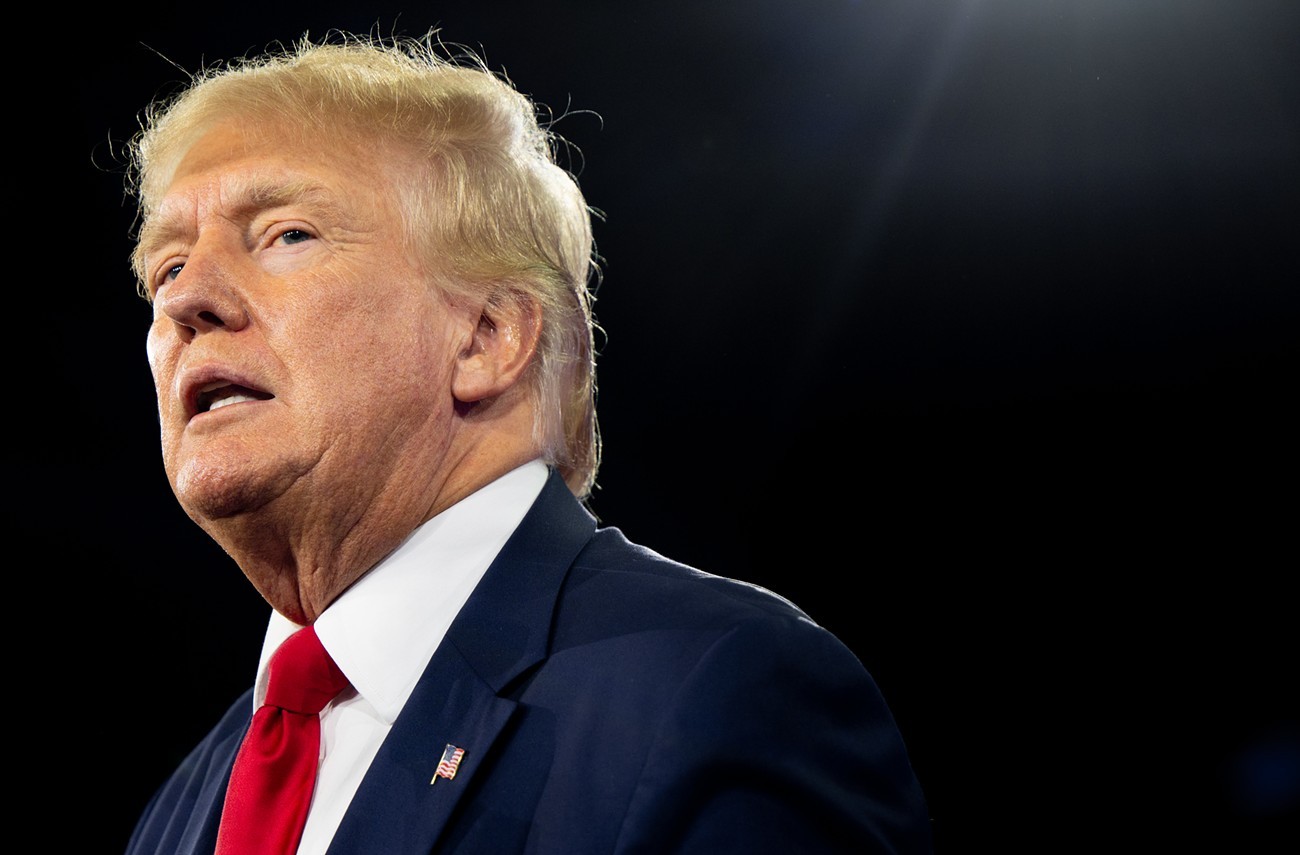 What the fuck is going on with Trump? Okay, okay, so, basically we elected a reality TV show host and an alleged rapist to be our president—I guess the second quality isn’t so novel. That was our first mistake. Skip ahead six years, and now the FBI has conducted its first search of a current or former U.S. President’s home (to be clear, Trump is a former U.S. President) and they found a bunch of classified documents, some reportedly related to nuclear weapons.

Now, the Department of Justice will investigate his potential violation of at least three criminal statutes. 1) “Gathering, transmitting or losing defense information,” which carries a penalty of up to 10 years in prison. 2) “Concealment, removal, or mutilation” generally, which can result in up to three years in prison, plus he can’t hold office again. 3) “Destruction, alteration, or falsification of records in Federal investigations and bankruptcy,” which carries up to a 20-year sentence.

Inflation Reduction Act: As Will Casey so aptly predicted in Slog AM, this afternoon, Congress passed the Inflation Reduction Act. After 15 hours of debate on the House floor, Vice President Kamala Harris cast the tie-breaking vote to pass the sweeping health care, climate and tax legislation that’s been characterized as a cut-down version of Biden’s Build Back Better plan. But good ole Senator Bernie Sanders, ever the party pooper on the liberal’s fun times, said that the bill straight up won’t do enough to immediately help working families facing the strain of inflation.

King Inslee v. Monkeypox: Today, Gov. Jay Inslee directed the Washington State Department of Health to ramp up their response to monkeypox. As of yesterday, Washington had about 250 confirmed cases, but if we’ve learned anything from COVID-19, it’s that viruses aren’t joking when it comes to spreading. For all you anti-maskers: don’t worry, he’s not going to close Applebee’s. The directive is pretty simple. DOH needs to conduct public outreach, give out vaccines in an equitable manner, and keep track of the case count—nothing major.

The elephant in the room: Though monkeypox has had its name since the 1950s, in the wake of the recent outbreak, some argued that the virus needs a rebrand because it might be derogatory or have racist connotations.  The World Health Organization agreed, and now, more than seven weeks later, the organization said it will hold an open forum to rename “monkeypox.” I hope they name it something cool. COVID is such a dumb fucking word, and now is not the time to repeat the mistakes of the past.

What’s going on with House Our Neighbors? Yesterday, HON turned in just over 7,500 signatures for its petition to put a public development authority on the ballot someday—maybe in February, but probably not November. This is the campaign’s second time submitting signatures. When its last attempt turned up 5,000 signatures short, organizers had 20 days to make up the difference. But wait! There’s more! HON can STILL collect more signatures through the weekend! Could this process BE more confusing? So, if you think that Seattle could use some social housing, go sign the petition!!

Did you see our girl last night?

Heads up for next week: The Seattle City Council will take an important cop vote during its Tuesday meeting next week at 2 pm. For what feels like a lifetime, the City has tried its damndest to give cops more money to join SPD in effort to grow our shrinking police force. Even though the City looked into hiring bonuses and could not determine if that strategy would retain cops, Mayor Bruce Harrell suggested last month that the City authorize SPD to offer lateral recruits up to $30,000 and new recruits up to $7,500. Now, the council will put his proposal to a vote.

In committee this week, Councilmembers Lisa Herbold, Andrew Lewis, Alex Pedersen, Sara Nelson (of course lmao) recommended that the full council pass the hiring incentive legislation. Councilmember Teresa Mosqueda was the only one to say no. On Tuesday, it looks like the yeses will have it, but if you don’t think we should give a cop more than half of a social worker’s yearly income just to come to our department and direct traffic, then maybe go bug the council during public comment. You can sign up to speak at that link two hours before the meeting starts.

The staffing problem: The policy relies on the assumptions that (1) there is a staffing crisis and (2) hiring bonuses will help that. The City can’t prove the latter, and, according to some advocates, the former is also sorta exaggerated. Take a look at these graphs.

There’s nothing neutral about SPD’s presentation of the data: Chris Fisher PhD (SPD’s “chief strategy officer”) was specifically trained and then hired to justify SPD’s budget at every turn. pic.twitter.com/Jrk4PEPlxx

Anne Heche dies at 53: Iconic 1990s Actor Anne Heche got into a car crash last Friday. At the time, many were hopeful she would recover. Firefighters cut her out of the wreckage and said she was responsive, even speaking to them, and her publicist said the actress was in stable condition. But throughout the week, things began to look worse and worse for Heche. Today, she was confirmed “brain dead,” which in California meets the standard of death. The Guardian has more.

Oops, we did it AGAIN!🎨🗺️
Yet another fun-filled weekend, so we pulled out our markers and got to work on Paint Maps!
#knowbeforeyougo pic.twitter.com/faUDyPq6zB

dAy In DaY oUt: Hey crazy kids, guess what’s happening this weekend? DAY IN DAY OUT. WHOOP WHOOP! Mostly a warning for anyone living near the Space Needle that your neighborhood is gonna be full of drunk girls screaming Mitski.

In honor of Day In Day Out: Muna 🙂