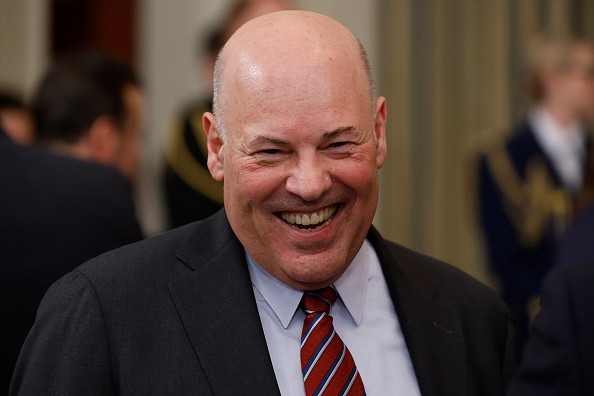 An anti-tax campaign funded by a bunch of rich guys could begin gathering signatures this weekend following the news today that a Thurston County judge officially approved the ballot title and language for Initiative I-1929. The initiative would repeal a 7% tax on the profits of stock sales over $250,000, stripping $500 million per year in state funding slated for childcare and education. Invest In WA Now, a campaign that rose up in opposition to the initiative, set up a hotline for people to call in and report what the signature-gatherers are saying so they can respond to any lies or half-truths. Call (509) 495-1222‬ to report whatever bullshit they’re slingin’, but be nice to the signature-gatherers — it’s just a job. I-1929 looks to gather more than 400,000 signatures by July 8, but you can proactively decline to sign their petition here.

Seattle’s social housing initiative starts racking up endorsements: Initiative 135 organizers recently announced support from the Washington Working Families Party, El Centro de la Raza, and SEIU 6. But yesterday the Housing Development Consortium, a big group of a bunch of affordable housing developers and banks, trashed the effort in a long statement. The group essentially argued that the initiative’s lack of an identified funding source will just mean one more public development authority fighting for public/private scraps, and they allege without evidence that the mere existence of the campaign “undermined the legitimacy of existing public and non-profit organizations that are already engaged in this vital affordable housing work.”

Some Seattle housing non profits are determined to be the enemy of progress https://t.co/Acb5FlO4wZ
— tye eats the rich (@themobilepauper) April 28, 2022

Ferg is at it again: He and Attorneys General from 15 other states decided to sue the U.S. Postal Service because the Trump-appointed postmaster general decided to buy a bunch of gas-guzzlers rather than electric USPS trucks to fill out the fleet, according to the Associated Press. They basically argue that the postmaster’s environmental review process was not thorough enough.

Trader Joe’s settles secure scheduling dispute: I know it’s not a broken window or anything, but:

Wow, this campus free speech stuff is really getting out of hand: A couple days ago the Spokane Valley City Council banned newspapers in the City Hall lobby, according to The Spokesman-Review. Councilmember Brandi Peetz, one of the two local officials who did not vote for the ban, said the other council members “wanted the ban simply because they don’t like Wick [another council member who runs two local newspapers] and want his newspaper out of the foyer.”

Just a reminder that when you hear that the left has become more radical, actual cross-time measures of Congressional ideology shows the opposite. Polarization reflects a shift rightward among Republicans. https://t.co/bikyjOfHI0 pic.twitter.com/BlQAgSD7QS
— Don Moynihan (@donmoyn) March 13, 2022

Amazon had a bad first quarter: The e-commerce behemoth reported a net loss of nearly $4 billion so far this year, according to the Seattle Times, partly due to online sales dropping (the pandemic is over, and people are buying dumbbells at stores now!!!!). Chief Financial Officer Brian Olsavsky pointed to a number of other big drags, including $2 billion in losses from “inflation, the impact of more pandemic-related shutdowns in China, increased cost of shipping and increased fuel costs,” $2 billion in losses from “employees calling out sick amid the pandemic,” and $2 billion in losses from “extra capacity in its transportation network and fulfillment center network.” That latter cost prompted CEO Andy Jassy, a man known for eating chicken wings competitively, to say that Amazon is “squarely focused on improving productivity and cost efficiencies throughout our fulfillment network” rather than on hiring more people and building more warehouses. I’m sure they’ll find those efficiencies in a way that benefits workers.

The US as a whole also had a bad first quarter: The GDP dropped 1.4%, mostly aligning with expectations from economists. According to the BBC, consumer spending “remained healthy,” but “a surge in imports, as exports fell, made the economy look worse than it was,” and the Ukraine war and China’s pandemic lockdowns also fucked stuff up.

COVID is a real job killer: According to the Seattle Times, in Washington state, “26 people died after contracting the coronavirus while in a workplace — an increase from 24 people in 2020.” Inslee honored the dead during a remote Worker Memorial Day ceremony earlier today:

Behind on your utility bills? I ask, but I know. 8,500 of you owe Seattle Public Utilities money, and 36,000 of you owe Seattle City Light money. Meanwhile, “about 1,200 SPU commercial customers and 4,000 SCL commercial customers are in arrears.” On April 15, local leaders decided to end pandemic protections preventing electricity and water shut-offs, but both utilities still “offer flexible payment plans with no late fees for all customers, and for income-eligible residential customers, significant discounts and emergency assistance money are available,” according to a press release. The West Seattle Blog posted the whole thing on its website.

In other news you can use: Immigrants in King County who are ineligible for Apple Health can see a dentist for free this Saturday at El Centro de la Raza in Federal way:

FREE Dental Services for adults residing in King County not eligible for Washington Apple Health due to immigration status whose income falls within the limits. April 30, 8 AM – 2 PM at El Centro De La Raza in Federal Way.

Plan for a hot and dry summer: Washington State Climatologist Dr. Nick Bond told KING 5 that we should expect “above-average temperatures with below-average precipitation,” which means you should drink an above-average amount of water and smoke a below-average number of cigarettes.

Speaking of cigarettes: The U.S. Food and Drug Administration banned menthols today. “If the United States’ experience mirrors that of Canada after it banned menthol cigarettes, 1.3 million people would quit smoking and potentially hundreds of thousands of premature deaths could be averted, said Geoffrey Fong, principal investigator of the International Tobacco Control Policy Evaluation Project,” according to the New York Times. Given the product’s popularity among Black smokers, N.A.A.C.P. President Derrick Johnson supported the ban, arguing that menthols “have killed our children, our parents, our brothers, sisters and livelihoods.” That noise you hear is vape companies cheering, laughing, planning parties.

Oklahoma copies Texas abortion law: By this summer the whole south is going to be full of poor people carrying out dangerous abortions, or carrying unwanted pregnancies to term:

BREAKING: Oklahoma has passed a bill banning abortion after 6 weeks of pregnancy with a Texas-style enforcement mechanism.

Ukraine updates: Biden wants to spend $33 billion more on the war in Ukraine. The money would buy “more artillery, antitank weapons and other hardware as well as economic and humanitarian aid,” and represent “an extraordinary escalation in American investment in the war,” according to the New York Times. Secretary of State Antony Blinken announced “strong support” for including Finland and Sweden in NATO, reports The Washington Post. Public opinion on the matter within both countries switched from “let’s not piss of Russia” to “oh, actually, fuck Russia, they’re weaker than we thought” after Putin invaded Ukraine. Russians conducted missile attacks on Kyiv today, killing at least one and injuring several. One of the missiles “hit close to [UN] Secretary-General Antonio Guterres as he visited Ukraine to help the evacuation of tens of thousands of civilians,” according to Al Jazeera.

Lots of talk of division on social media today: So let’s end the day with a band you could play at any party: