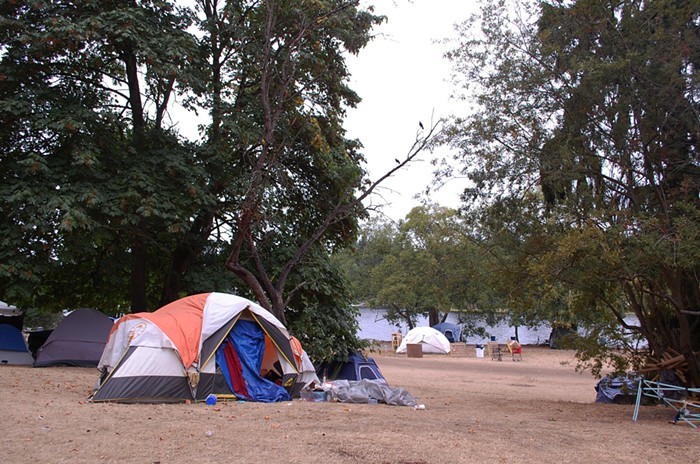 From contaminated to community: The South Seattle Emerald reported that two of King County’s MANY contaminated sites will get a second chance at life. Thanks to a new grant program, the Washington State Department of Ecology will spend $21 million to turn the two contaminated areas into about 250 units of affordable housing—after a deep clean, of course!

Bear sightings: I think if I saw a bear, I would literally shit myself. Campers at Middle Fork campground did not tell the Seattle Times that they reacted this way, but increased bear sightings have scared campers enough to close the campground and other sites around North Bend.

Okay, but nature is so pretty: Don’t let the closed campsites scare you too much. We only have like four weekends left of summer and if you have a chance, you should probably get outside and make the most of it! Like for real, look at her.

“The clearest way into the Universe is through a forest wilderness.”

ICYMI: HEY! Do you care about restorative justice? Did the City Attorney’s race last year get you HYPE? Well, you’re going to want to see how the two candidates for King County Prosecutor plan to deal with young people who commit crimes. Who will keep youth offenders from becoming full-sized offenders? Will Casey can help you out with his story from earlier today.

Bye-bye, blowers: Today, the Seattle City Council’s Sustainability and Renters’ Rights Committee voted unanimously to move a measure to ban gas-powered leaf blowers out of committee. If the full council passes the ban next month, leaf-blower lovers wouldn’t have to part with their environmentally destructive yard tools just yet: The ban wouldn’t be fully imposed until 2027.

The state legislature wants jail guards to face tougher punishment for sexual abuse: After KING 5 exposed a former Washington State corrections officer who had sexually assaulted four inmates, Republican State Sen. Mike Padden announced he will sponsor a bill next session that would reclassify these abuses as a class C felony instead of a class B felony, which basically means more jail time. Not trying to tell him how to do his job, but we sorta know that increasing jail sentences doesn’t prevent crime. The best way to prevent jail guards from abusing inmates is to not put people in jail. Hope this helps!

Portland hates homeless people, too: Portland Mayor Ted Wheeler banned homeless encampments on school walking routes in an emergency declaration today. According to our sister paper, The Portland Mercury, this is pretty standard for Wheeler. The man loves to use emergency powers to make the City more and more hostile to the unhoused. To be fair, the previous orders seemed to be in the interest of the unhoused—he prevented camping on high-crash areas and near biohazards. But this order treats unhoused people as the threat. Yuck.

California says “Fuck Georgia”: If a state enacts a law that discriminates against the LGBTQ+ community, under California state law, the attorney general adds it to the list of states where California will not fund travel. Georgia just joined as number 23 on that list after its legislature passed a law allowing athletic associations to bar transgender girls from playing girls sports.

Sneaky Omicron: Researchers at a Los Angeles nonprofit health organization found that most people “likely infected” with the latest Omicron variant straight-up didn’t ever realize they caught it. Of course, if you wander about the world, unknowingly infected with a highly contagious virus, you’ll aid in its rapid spread. NPR reported this might be why we saw such a huge boom in COVID-19 recently.

A Black professor who studies housing discrimination had his house appraised: $472,000.
He then did a “whitewashing experiment,” removing indications of Blackness, and had a white colleague — another professor — stand in.
The appraisal? $750,000. https://t.co/0lyoqY9BLf

The weekend ahead: Going somewhere? Think again. Revive I-5 will once again make every driver its bitch. Traffic’s gonna be hell. Take the Link! Walk! Don’t bother with your car.

In better weekend news: LeBron James will be in Seattle! He’s gonna play in The CrawsOver on Saturday at Seattle Pacific University.

Please save this generation of young boys: Prolific sexist Andrew Tate will no longer be able to propagate misogyny to impressionable children on Facebook or Instagram. Good start, now someone step in and make a support group for the boys he brainwashed.

Demi Lovato’s Reputation era: Demi Lovato dropped a new album with this powerful track for all the girlies who got preyed on by older men. Enjoy the catharsis.