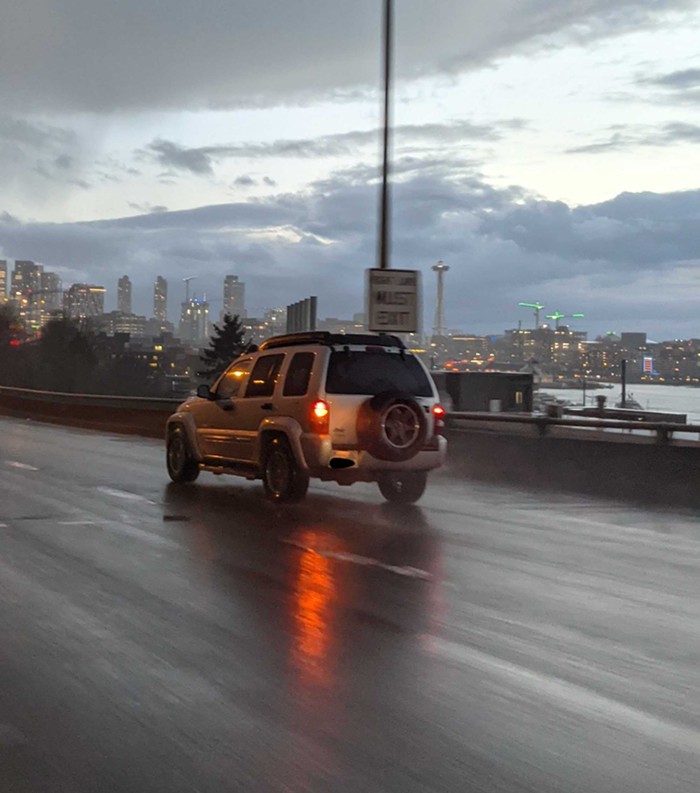 A scene from the Ship Canal Bridge, where today a driver hit a broken-down car, pushing its driver over the railing and into the water below. CM

No news here really. Same old same old. A person with a gun killed 18 kids and three adults at a Texas elementary school. The killer, who is said to be the same age as the killer in the shooting massacre that happened 10 days ago in Buffalo, New York, 18, is “said to be deceased.” He also shot his grandmother, who said to be “still hanging on.” Nothing was done about Sandy Hook, and the black victims of Buffalo were eclipsed by a court case involving Hollywood stars who will never contribute anything of real meaning to society, and we can expect nothing-doing to happen to the dead kids of Robb Elementary School in Uvalde, Texas. Their lives, only a few years out of the womb, will be tossed into the vast landfill of the Second Amendment dead.

The massacre in Uvalde, in which 14 children and a teacher were killed, was the deadliest mass shooting in the U.S. this year. It happened just 10 days after 10 people were killed in a Buffalo supermarket. https://t.co/JFDWZQHB7f
— The New York Times (@nytimes) May 24, 2022

Absolutely nothing, Chris. Voters will just go back to the salt lick of inflation, Critical Race Theory, that Pirates of the Caribbean guy, and that Aquaman gal.

So, the details of this morning’s nightmare have become clear at the end of the day. As Jas Keimig reported in the AM, a “huge two-car crash on the Ship Canal Bridge caused southbound I-5 to shut down for hours.” But the incident had a mystery: One of the two persons involved in the crash was missing and “believed to have fallen into the icy waters below” the bridge. What exactly happened to the missing person, whose lifeless body was recovered five hours after the crash? How did they end up falling from the bridge? (There was even some talk that they had enough of this life and jumped.) But such was not the case. He, like you and I, mostly like wanted more life, fucker. KOMO: “Washington state trooper Richard Allen told reporters the victim was standing outside of his stalled car, trying to restart the vehicle, when the 22-year-old driver crashed into the victim’s car, forcing him over the bridge and into the water.” If all of this proves to be true, the life of the suspect is pretty much finished. It has been tossed into the vast landfill called American car culture.

The cost of squeezing every possible penny from workers is as much with us today as it was in the time of Karl Marx, the greatest economist of the 19th Century. The Seattle Times reports that a new study shows “1 in 5 delivery drivers working for Amazon was injured on the job in 2021.” And so it is. And so it is not surprising to a Marxist that “Amazon’s delivery quotas and production pressure are contributing to an escalating injury crisis among workers in every segment of Amazon’s delivery system.” This happening almost 200 years after the Factory Acts in the UK.

For once, I’m impressed with something Dave Ross said. “Do Americans really believe in the free market when they plead for lower gas taxes?” In short, they actually want the state to do something when they are in trouble. But when all is well, they want the government to stay the hell away. The same goes with this whole baby formula crisis. Suddenly, it’s the government’s fault. Suddenly they realize that the government must not turn over something so vital to everyday life to the private sector. But when the crisis is over, this understanding goes up in a puff of smoke, and they revert to the kind of economic thinking their masters have taught them: The greatness of the free market. Ross, however, puts it this way: “You have conservatives who say they believe in the free market standing up in Congress and with a straight face demanding that the government do something to lower gas prices.” Ross also says with a straight face that if you are unhappy about the price of gas, consider this as nothing but “a test of your belief in the free market.” Ross, I tip my hat to you. You really believe.

What is Superman going to do now that the last public pay telephone was removed in New York City? How can he change into the clothes that make him fly like a bird and a plane? The United States needs you now, but there are no more phone booths. Even here in Seattle they are gone. 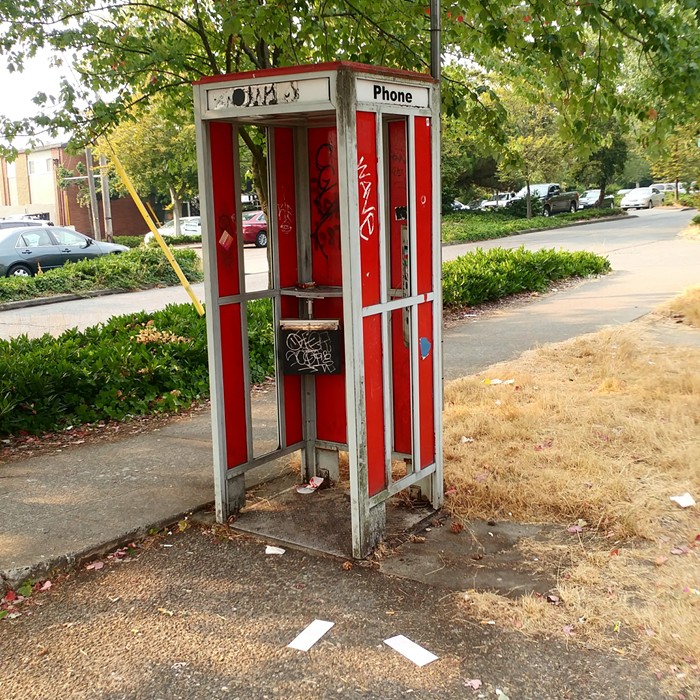 Was this the last public payphone in Seattle? Charles Mudede

What are we going to do without you, Superman? The Guardian: “A few private payphones remain in New York, including four full-length phone booths known as “Superman booths”, though city officials are unsure if they are operational.”

Only in Seattle is a studio asking for $375,000 considered to be a steal: But such is the case. According to Puget Sound Business Journal‘s real estate’s reporter, Marc Stiles, the developer of a “12-story glass-and-steel project between Lumen Field and Seattle’s new waterfront” is having a hard time because he can’t make the desired $500,000 for a one-bedroom apartment and is now forced to sell such units for a measly $400,000. Seattle sometimes.

Thank you, Alex. I need all of the flowers in the world right now.

But let’s get real, America, and end PM with Artie Shaw’s “Nightmare”: