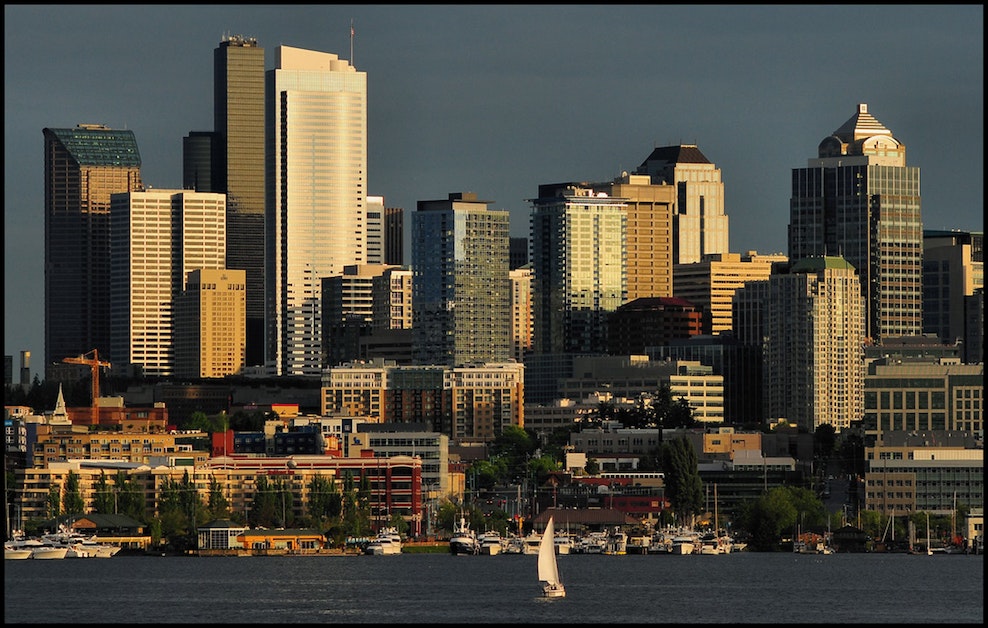 Seattle’s new payroll tax survived its first court challenge last June, and the city collected $231 million from affected businesses in 2021. The city is forecasting continued growth: $277 million in tax proceeds for 2022 and almost $300 million next year. Now, the lawsuit heads the Washington state Court of Appeals, which is scheduled to hear oral arguments Friday.

The Seattle City Council enacted the “JumpStart” payroll tax in 2020, aiming it at large companies with high-earning employees. The Seattle Metropolitan Chamber of Commerce sued to stop the tax, calling it “illegal, invalid and unconstitutional.” Much of the legal arguments concern whether it qualifies as an income tax, since state law prohibits cities and counties from taxing net income. The Chamber lawsuit calls it “a tax on employee compensation masquerading as an excise tax.”

King County Superior Court Judge Mary Roberts upheld the tax, saying the city has authority to tax business activities, and calling it “a permissible tax on the privilege of doing business.” The tax is directed at businesses with at least $7 million in annual payroll. They pay taxes based on the salaries of their Seattle employees who make $150,000 per year or more.

Judge Roberts said the payroll tax was not a tax on “the right to earn a living,” as the Chamber maintained, because employers are specifically prohibited from passing the tax on to their employees.

“The Seattle payroll tax is a tax on the right to earn a living, which the Washington State Supreme Court has found unconstitutional,” Smith said. “The top priority for the Chamber and our members remains a strong and inclusive economic recovery, and we are committed to partnering with the city of Seattle and others in our region on the many dimensions of that work.”

Seattle City Councilmember Teresa Mosqueda, who co-sponsored the legislation creating the tax, said in a statement that she believes the city will prevail.

“We feel confident in the legislation we built, that provides much needed investment in what our City needs most: housing, Green New Deal, economic resilience, and Equitable Development,” Mosqueda said. “JumpStart Seattle was built by a broad coalition of stakeholders and withstood a challenge in the lower court. We thank and have full confidence in our City Attorney’s Office.”

The Seattle City Council used the initial tax proceeds to offset the city’s lost revenue during the pandemic. But this year more than 60 percent the proceeds are directed to affordable housing, with the rest going to small business assistance, and grants to community organizations to prevent displacement.

In a brief filed in December, attorneys under the direction of then-City Attorney Pete Holmes urged the Court of Appeals to uphold the lower court decision.

“Under the Washington State Constitution, the State Legislature authorizes the City of Seattle to impose excise taxes on businesses,” the attorneys wrote. “The [payroll tax] is a valid tax on employers engaging in business in the City, measured by payroll expense. It is not a tax on employees.”

A spokesperson for new Seattle City Attorney Ann Davison said nothing has changed in terms of the office’s handling of the case. Assistant City Attorney Kent Meyer will present oral arguments on behalf of the city.