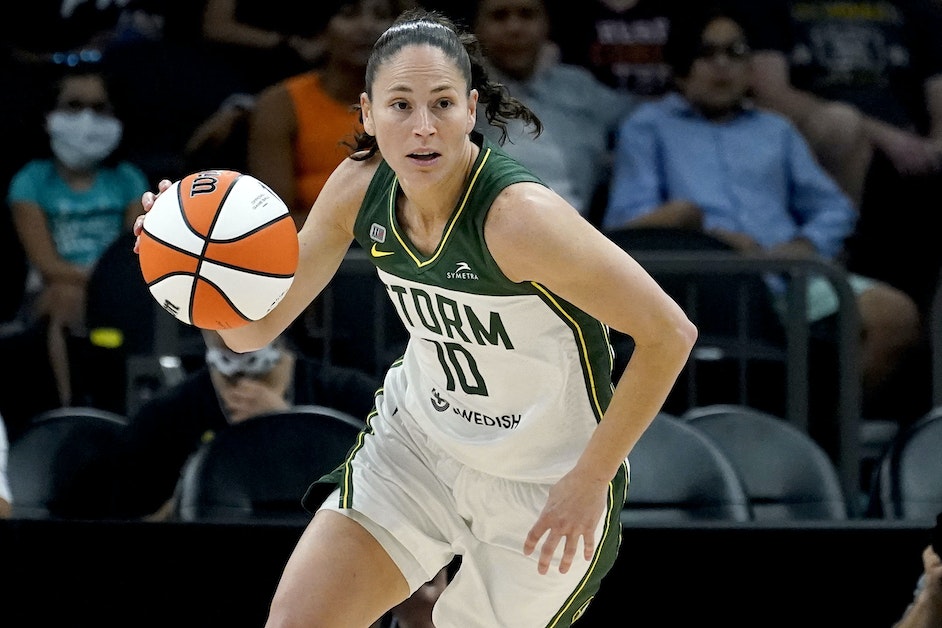 Seattle Storm legend Sue Bird is calling it a career.

This week, she announced this will be her last season before she retires.

“I hope other players can see a career like this one, see the length of it, see the success of it and know that they can do it, too,” Bird said.

Bird held back tears as she made the announcement on Thursday, recounting some of her best moments on the court came toward the end of her impressive career.

Though she’ll miss the game, she says she has no regrets about making this call now.

Bird has spent her entire WNBA career with the Seattle Storm. At 41, Bird is a four-time WNBA champion, 12-time all-star and a five-time Olympic gold medalist.

And while she may be out after this season, the legacy she’s built over 18 seasons will thrive.

That’s in part thanks to the many loyal fans Bird has inspired over the years, including Jeff Brown.

Brown has been following the team from the beginning and founded the online Storm report Storm Chasers, where he covers the team and the WNBA.

This interview with Jeff Brown has been edited for clarity.

Paige Browning: So, we knew Bird was considering retirement after this season. I even had friends buying up her jersey at the start of this season to mark her final games, the final times they’ll get to see her play. So, it’s not a surprise, but now we have the official word from Sue. Does this feel like the right time? I’m asking you as a journalist and a fan of the league. Does it feel like a right time for her to sunset her career?

Jeff Brown: Yeah, I mean, I think it’s understandable because she’s been playing for nearly 20 years here. She’s still playing at a high level. So like, could she play another year or two? Yeah, I think it’s possible. But obviously, no one knows their body better than the person.

I’m looking at her career highlights. It’s too big to fit into one screen. I mean, the list of career stats for Bird are just off the charts. She’s a four-time WNBA champion. All-time WNBA assists leader. She’s the only WNBA player to appear in 500 career games. That’s not even mentioning going to the Olympics and FIBA world championships. The list is so long, Jeff. Bird is one of the most recognized players in the league and in the history of the league.

You know, I don’t think there’s much of a debate as far as Bird being the most successful Seattle sports player of all time, between all the sports. Because no other player has brought four championships to Seattle, you know. And I believe 12-time all-star, which I think is the most ever in the WNBA as well. She is the Storm franchise.

When I think of Sue Bird, I sort of chuckle, remembering the year when she had a face mask on to protect her broken nose. It was just like, gosh, what an amazing player, what a beast to be out on the court with a broken nose, wearing the facemask. Then the fans are wearing the mask. It all becomes part of the, you know, an inside joke.

Is there a moment or a season that stands out for you?

I think the 2018 semi-finals, game five against Phoenix is probably the greatest WNBA game of all time. Just because of everything that was on the line for these two franchises that had won multiple championships. Diana Taurasi had never lost an elimination game. The series was tied 2-2, and through most of that game, Phoenix was actually dominating. And it was in Seattle, so the arena was pretty somber. They were pretty concerned because I think they might have even been down like 8 or 10 points in the fourth quarter.

And then, Sue just starts hitting three-pointer after three-pointer. I think she hit, like, maybe four threes in that quarter. She really just completely took over the game and kind of willed the team to victory. Then, of course, they would go on to beat the Washington Mystics in the championship.

As we continue to go back through memory lane. One of the greatest comebacks on the road in Seattle Storm history. Sue Bird with the clutch defensive stop, rebound, and hits the game-winner to advance the Storm to the WNBA Finals! #TakeCover #TheFinalYear https://t.co/fhbhlezfmi

Wow. I would love to hear the conversations, too, between Bird and Taurasi of Phoenix, who has also played 18 seasons and is not quite yet ready to retire.

Jeff, I’m wondering what else is on your mind as Bird gets ready to leave the game?