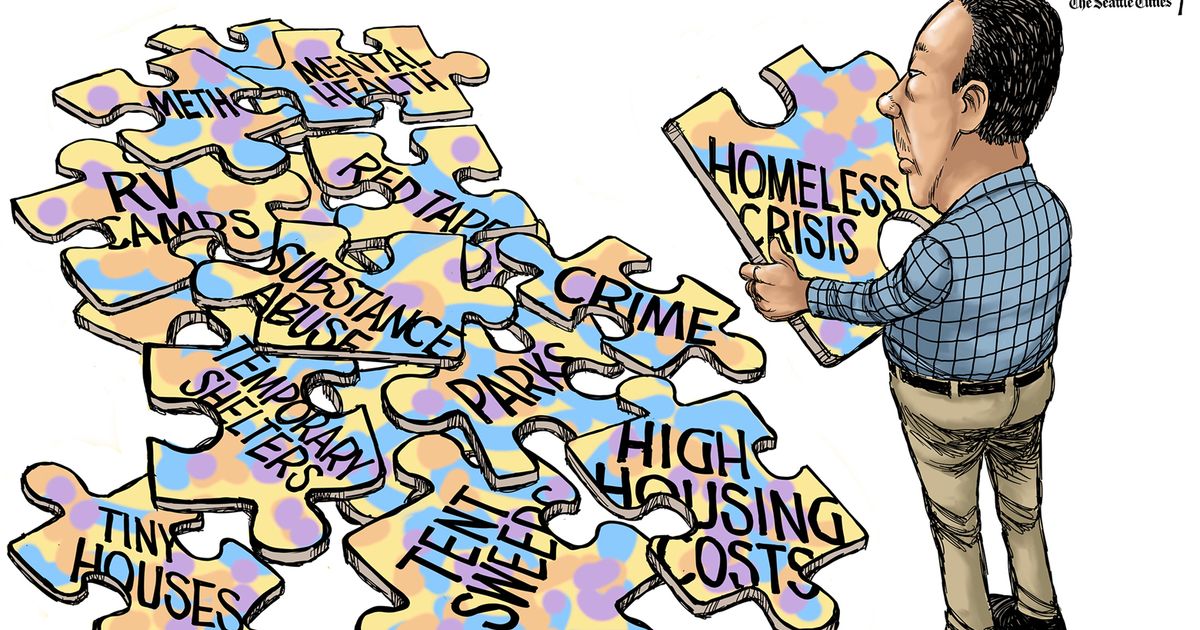 Seattle’s new mayor, Bruce Harrell, has come into office with a lot of goodwill directed his way and plenty of hope that he can finally do what his predecessors failed to do: resolve the city’s homelessness quandary.

Seattle is America’s 18th largest city but ranks number three in its homeless population. Tent encampments are clustered on sidewalks, in parks and on random patches of ground alongside streets and highways while rows of RVs doubling as homes take up blocks of parking all over town. Some look at those who are homeless and feel nothing but compassion for people exposed to rain, cold and destitution. Others feel nothing but outrage at the blocked streets, the piles of garbage, the thievery and the drug use. Most of us have feelings that swing both ways. We want the problem solved, both because it is the humane thing to do and because we do not want our neighborhoods and parks degraded.

Harrell appears to be a pragmatist, not an ideologue. That is a good thing. The homelessness debate in Seattle has been too driven by idealism, not realism. So far, it is not entirely clear how the mayor’s policies will differ from the inadequate measures that have been tried in the past. Perhaps the one key thing he could do is more openly acknowledge the complexity of the challenge. Homelessness is not just a matter of housing.

Living among the many down-on-their-luck folks desperate for shelter, there are others with issues bigger than the lack of a permanent place to stay: petty and not-so-petty criminals, meth dealers and addicts, people with serious mental illnesses, and not a few who prefer their freewheeling existence in their RVs or out on the street to life in a shelter or tiny house.

Neither compassion nor toughness is enough to fit this complex puzzle together. A smart mind unclouded by biases of one kind or another is what is needed. Here’s hoping that Mayor Harrell has that kind of intelligence.

View other syndicated cartoonists at: st.news/cartoons

David Horsey is a two-time Pulitzer Prize-winning editorial cartoonist for The Seattle Times. His latest book is “Drawing Apart: Political Cartoons from a Polarized America.”