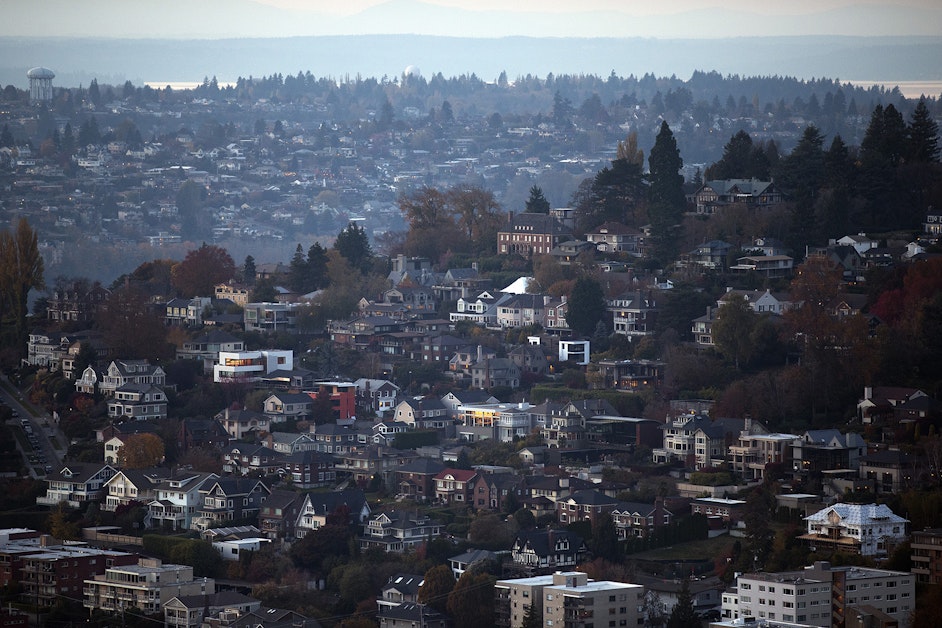 Back in 2020, the Seattle City Council approved the JumpStart tax to raise money for affordable housing and small businesses; it requires large businesses to pay a tax for all their Seattle employees who make at least $150,000 a year.

Last year, the first year businesses paid the tax, it brought in more than $230 million.

But because we’re still recovering from the effects of Covid-19, a chunk of that money is going toward pandemic relief efforts. That means there’s a smaller chunk for housing and other priorities.

KUOW talked to Puget Sound Business Journal reporter Rick Morgan, who first reported the story. He gives us the first look at how the JumpStart revenue is being spent and how that may affect the city’s budget in the future.

Angela King: How much revenue did the city bring in from the JumpStart tax in 2021?

Rick Morgan: It brought in about $234 million, which is actually above their initial estimates of $214 million when they initially created the tax. So, it’s fair to say that it actually exceeded expectations, and it brought in more money than it was initially supposed to. So, that was definitely a win for the city.

How much of that money was supposed to go toward housing projects?

So, it’s a little bit sticky. The way it works is about 62% of it was going to go toward housing, 15% was designed to go toward small business, 9% toward the Green New Deal, 9% toward the Equitable Development Initiative, and 5% toward administrative costs. Now, within that there was a stipulation that a certain amount of the revenue, in the first two years, could go toward the city’s general fund to help with Covid-19 relief. So, whatever is partitioned off for that general fund, the remaining amount is supposed to be divvied up toward housing, small business, Green New Deal, the Equitable Development Initiative, and administrative costs. So, that’s how the breakdown was supposed to work.

How did it actually work?

Of that $234 million generated last year, $97.2 million (or about 42%) went toward housing and $85.6 million (or about 37%) went to the general fund. This has been sort of the first concrete look that we’ve had of this. It’s interesting to see those those numbers divvied out.

Note: After the city allocates $85.6 million to the general fund, the remainder of the JumpStart revenue has to be allocated as Morgan describes above. So, while just about 42% of the total 2021 revenue will go to housing projects, that amount actually represents about 65% of the revenue after the general fund allocation.

Councilmember Teresa Mosqueda tells the Business Journals $85.6 million — more than 36% of the payroll tax revenue — will go into the general fund. https://t.co/EqkRRZlnuL

Give us a few examples of how this money will be used.

When I look at the more granular look at these numbers, you’ll notice that $15.7 million is going toward residential displacement, and $75.7 million is going toward affordable housing and services. It’s also worth noting that the Council this year passed what is called the Self-Determination Fund, which sets aside money for community-based organizations like Chief Seattle Club and Africatown Community Land Trust. About $24 million a year is going to go to those community organizations to, basically, help turn them into real-estate developers, which you know, on paper could help a lot of marginalized communities in the Seattle area.

So, this tax was sold as a means to pay for housing and help those who need housing, also to support small businesses. Now, we’re taking a closer look at how some of that money was also divvied up for the general fund, specifically for Covid relief. At what point, or is there really one, where the line actually gets drawn on what goes into the general fund?

That’s the interesting question. So, within the tax, when they created it, there was a two-year stipulation to send money to the general fund to help with Covid relief. What’s interesting is, obviously, as we lived further on in the pandemic, it’s pretty clear that there’s not going to be some sort of big VE Day for Covid where we have a parade and declare it officially over. So, it’s going to be interesting to see, in future years, if there’s a deficit, if we need money for COVID relief, how much of this payroll tax is still going to get funneled into the general fund.

Of whatever is remaining that’s not going to the general fund, that is all pretty much set. There’s really nothing that is going to change around that. But it’ll be interesting to see if the city continues to pull from JumpStart in future years to top off the general fund.

I’m speculating here, obviously, but if I were an opponent of the tax, the easy rallying cry would be “this fun was supposed to go toward housing and small businesses, and instead, we’re just using it to balance the budget.” So, if the city tries to create new progressive taxes moving forward, it’s going to be easy for these opponents to point to that and say “get your own house in order first before you make new taxes, because the last tax didn’t have the social impact you promised.” But that’ll be a point in the future, if at all, and it really remains to be seen how much of this will go toward the general fund in the future. That is definitely what I’m keeping an eye on starting in 2023.