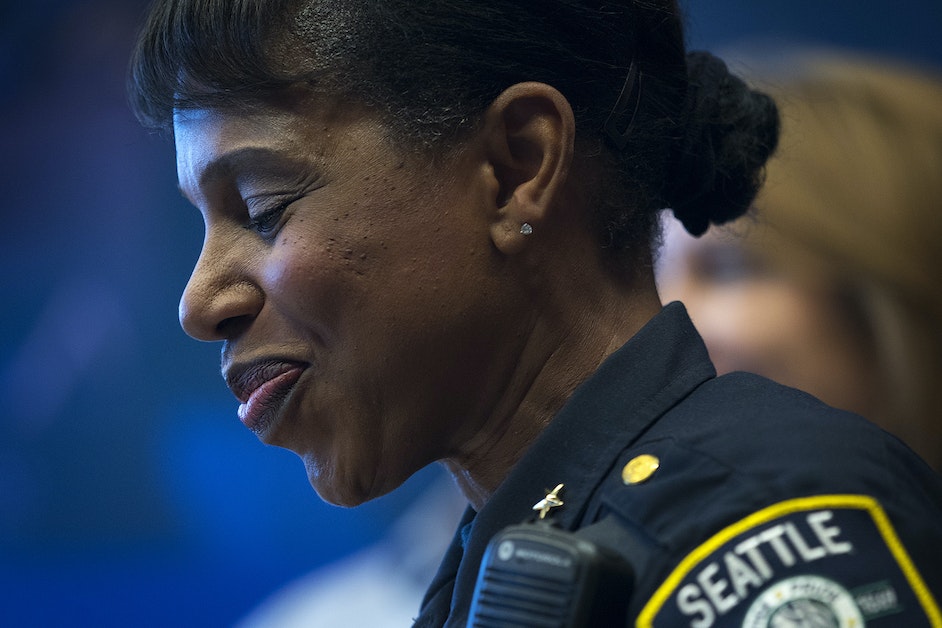 Former Seattle Police Chief Carmen Best may be done with policing in Seattle, but recently told KUOW’s Angela King “nothing’s off the table” for her future.

Now, The New York Times is reporting Best is on the short list of candidates for police commissioner at the New York Police Department.

New York City Mayor-elect Eric Adams pledged to hire the city’s first female police commissioner during his campaign. The Times reports Best is one of at least six women and one of two Black women being considered for the job.

Best was named Seattle’s police chief in 2018, but retired last summer, following tension with the Seattle City Council and the Capitol Hill Occupied Protest, or CHOP.

In a recent interview on KUOW’s Morning Edition, Best said she was open to getting back into law enforcement.

“Not in Seattle. I think that door’s closed,” she added. “Seattle is a wonderful place. I hope that there will be change and positive change in the right direction.”

The move would put Best at the top of an agency that dwarfs SPD; at NYPD, she would oversee more than 36,000 officers and 19,000 non-sworn employees.