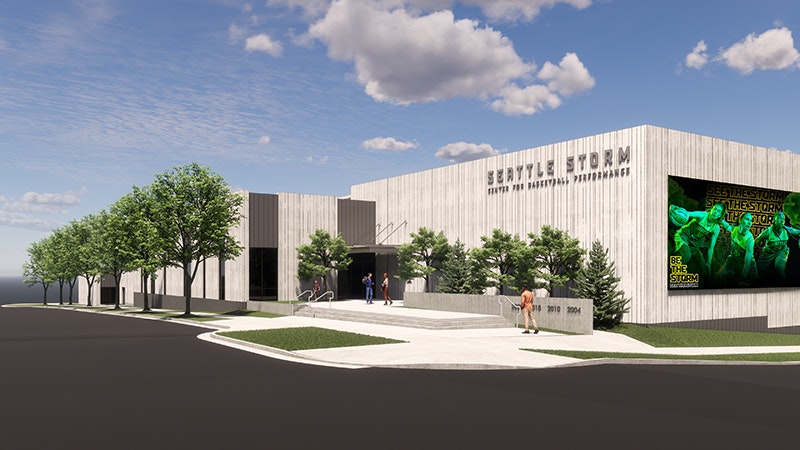 For the first time in franchise history, the Seattle Storm will have a dedicated training and business facility. The building will be 50,000 square feet and will be located in the Interbay neighborhood of Seattle.

On Friday, Seattle Storm owners filed a permit application to build the new practice facility. The project is funded by the four-time WNBA champs Owners group and is projected to cost more than $60 million. Construction will begin next spring and is expected to wrap before the 2024 WNBA season.

Ginny Gilder, who co-owns the team, said, for her, this has been a dream 10 years in the making.

“I am looking forward to our players having a home where they can come literally every single day and take care of themselves,” Gilders said. “Whether it’s to shoot hoops, get physical therapy, lift weights, or do conditioning work.”

Gilder said she is excited for players to have a home and a sense of being supported by their community. Currently the team operates the franchise out of three different locations “our offices are in Interbay. And we also have a champion Center, where we do a lot of our corporate sales work and fan sales, which are on the Seattle Center campus. But our players play at Seattle Pacific University’s basketball courts on Nickerson, so we rent space and we have for our entire tenure as owners.”

The building is slated to be called the Seattle Storm Center for Basketball Performance. It will house business offices. It will also have locker rooms, a lounge and a nutrition center for the players, and strength and conditioning training spaces. The facility will include room for diagnostics and physical therapy.

“This will really help transform a part of the city that could use a little love,” Gilder said.