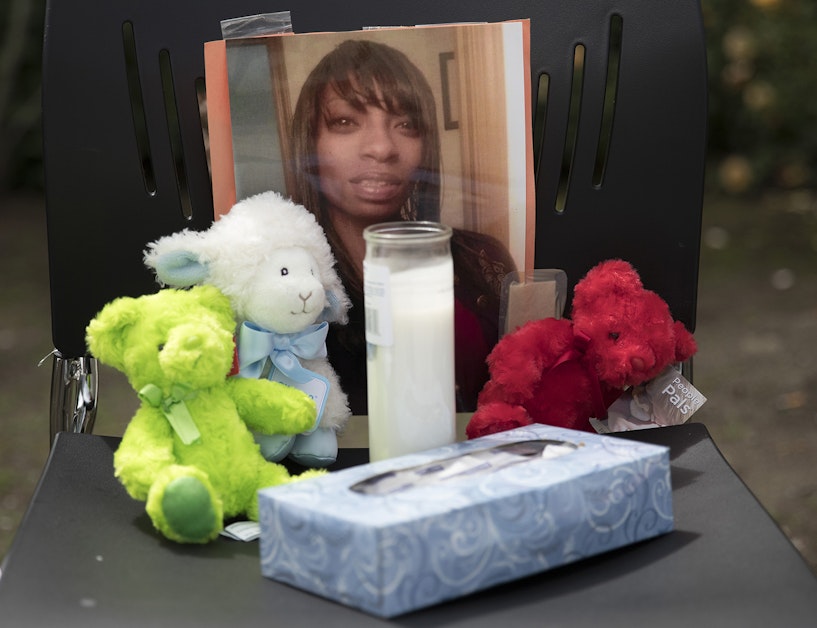 The family of Charleena Lyles has settled with the City of Seattle and police officers Jason M. Anderson and Steven A. McNew in a civil lawsuit over her death Father’s Day, June 18, 2017.

The city will pay $3.5 million in exchange for dismissal of the case.

“I appreciate the money, it helps us. But we won’t get my mother’s emotional support,” said Lyles’ son, who asked to be referred to by the letter Q for privacy. “It still will not bring my mother back and I still want to see the cop that did this prosecuted.”

“We are forever traumatized by what happened on June 18, 2017 and this is just one step in the right direction for our family to begin the process of healing,” said Katrina Johnson, a cousin of Lyles. “We are not quite there yet. I still want criminal liability.”

King County executive Dow Constantine ordered an inquest into the case, an administrative fact-finding process examining whether the officers followed police department policies and procedures. A date has not been set.

Lyles, who was Black, was killed at her home near Magnuson Park by Anderson and McNew, who are white, as they responded to her 911 call. Lyles had reported that an Xbox was missing from her house and her door was open.

Anderson and McNew have maintained Lyles confronted them with a knife and they fired because their feared for their safety.

Attorneys for Lyles’ family argue that officers were negligent in their duty, and should have used de-escalation strategies and other non-lethal means.

“Would this have happened on Mercer Island?” said Edward Moore, an attorney for Lyles’ family. “I doubt it. But in this instance — in Section 8 housing — these officers had not much of a plan, didn’t follow the plan that they had, didn’t follow policy, didn’t follow training.”

Plaintiffs argue that when officers saw what they assumed to be the flash of a knife, they could have safely left the apartment, but instead drew their guns.

Seattle police officers are required to carry tasers, but they didn’t have one at the time of the shooting.

At the time of her death, Lyles was 30 years old and four months pregnant. She left behind four children, who were in the apartment at the time of the shooting and saw her die, according to her family.

Lyles had a history of mental illness and psychosis and police officers had come to her house before.

“It is indisputable that this has been a tragedy, and we are glad to have some level of closure for the parties,” said Dan Nolte, spokesperson for the Seattle City Attorney’s office. “We stand by the multiple layers of review of this event and are pleased that the officers will be dismissed from the lawsuit.”

The case was filed September 2017 and has moved through various levels of the court system since.

In 2019, a King County Superior Court dismissed the case on the grounds that Lyles was in the act of committing multiple felonies when she was killed. Lyles’ family appealed the decision and a trial had been set for February 2022 when the parties settled Monday evening.

When Lyles was killed, the public responded with vigils, protests, and outrage over police violence against Black women and people with mental illness.

At the time Lyles was killed, the Seattle Police Department was subject to a federal consent decree, an agreement between the city and Department of Justice following findings in 2012 of excessive force and biased policing by Seattle police officers.

Last summer, her name was one of many people shouted and painted in public spaces during demonstrations for racial justice.

“I just appreciate each and every person who was out there willing to put their lives or bodies, willing to be pepper sprayed, willing to fight for something bigger than themselves, willing to say my cousin’s name,” Lyle’s cousin Katrina Johnson said. “And we’re not done yet.”