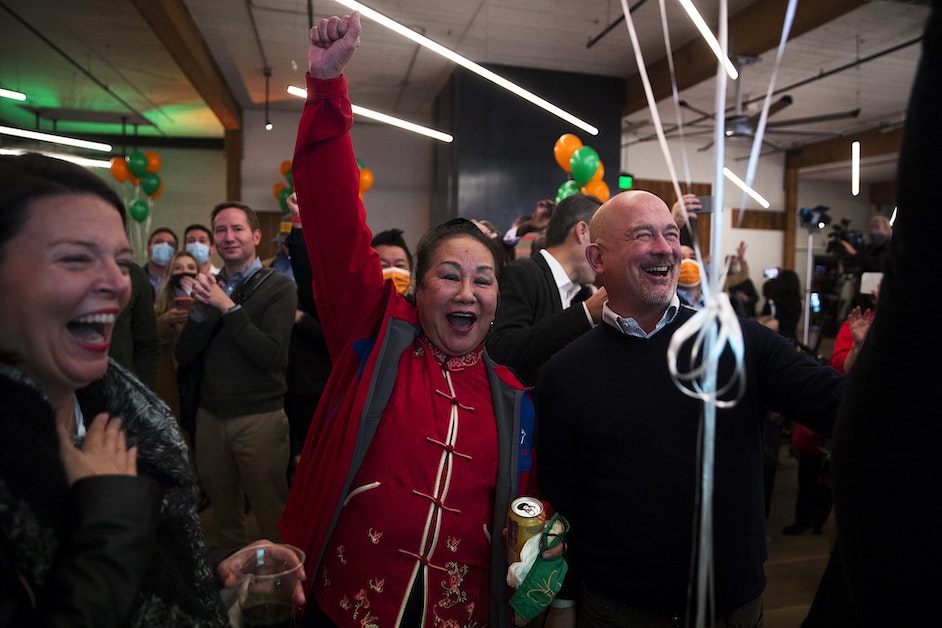 Three leftist candidates lagged far behind their opponents in the first ballot drop at 8:15 p.m. These dramatic margins suggest that, despite the protests for civil rights last year, Seattle isn’t ready to reimagine public safety as activists had hoped.

Bruce Harrell, the business-backed candidate, leads the Seattle mayor’s race by 30 percentage points over his opponent, Lorena González. González is the choice for labor unions and activists.

The Seattle City Council appears poised to take a big step right as well. Sara Nelson, co-owner of Fremont Brewing, has 58% of the citywide position. Lagging behind her is Nikkita Oliver, an attorney and abolitionist who was at the heart of the protests for civil rights in Seattle last year.

Nelson likely replaces González, who left her position to run for mayor.

Finally, the city attorney’s race is leaning toward Ann Davison, a law-and-order Republican, who so far has 58% of the vote. She ran against Nicole Thomas-Kennedy, or NTK as she was called during this election season, an abolitionist and defund police candidate.

Harrell has stated that under his administration, he would hold officers to account who engage in misconduct directly or by not breaking the so-called blue wall of silence. But he isn’t so keen on taking away resources from the department. In fact, he’s stated that the city may need to put more money towards hiring officers.

“I would say to the abolitionists and the defunders that we need to drive outcomes and invest in outcomes that we want,” Harrell told KUOW.

“We want culturally competent, de-escalating officers who take their oath of office in such a way that they will protect all communities.”

In contrast, González was among those on Seattle’s City Council who voted in support of a 20% budget cut to the police department and has said that she would continue supporting reducing the department’s funding as mayor.

González wants to tax big corporations to help fund the city’s response to homelessness. Additionally, she has said that she is opposed to sweeping encampments. However, Harrell’s stance is that some encampments should be moved off of parks and sidewalks.

Seattle’s Election Night reflected a regional and national trend, of liberals getting trounced.

Here, the votes may suggest that residents – or the 27% of those registered to vote – may be tiring of how far left the City Council has swung, with Kshama Sawant, a Socialist, leading the national charge for working people. A vote on whether to recall Sawant is up next in December.

The gaps for the Nov. 2 results will likely close in coming days, as the first ballots counted tend to be more conservative.