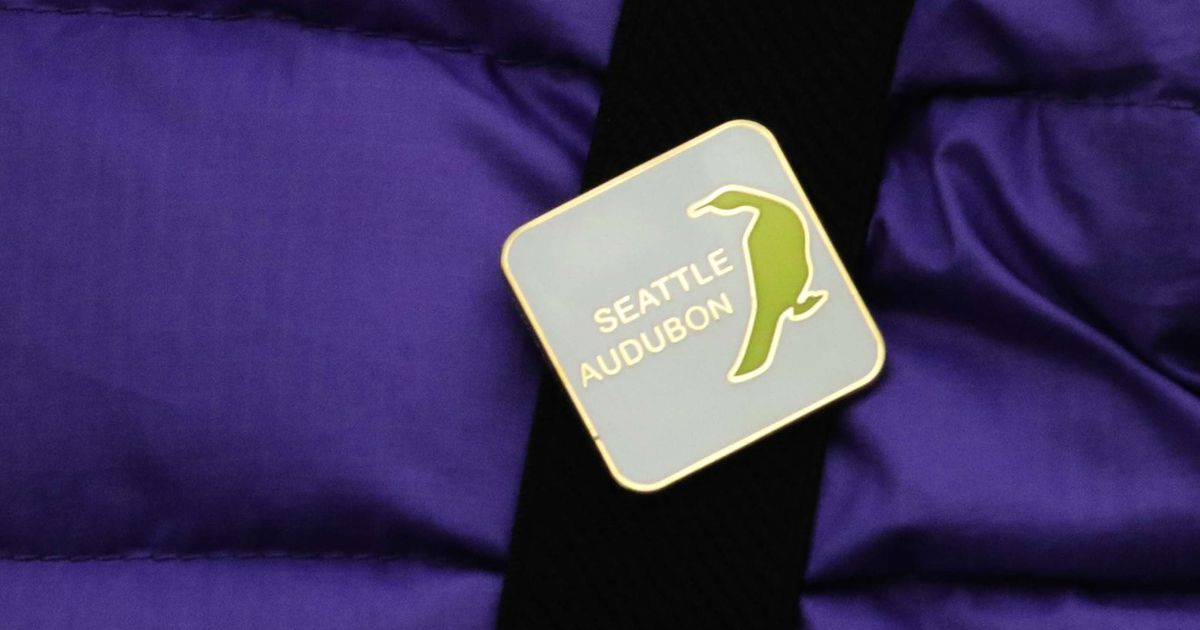 The Seattle chapter of the National Audubon Society has a new logo, at least for now: it is an elegant yellow bird, a pelagic cormorant to be exact, with a paintbrush in its beak and the word “Audubon” crossed out.

It marks a new era for the birdwatching and conservation group. Pointing to the racist actions and beliefs of its namesake John James Audubon, the local organization announced that it will change its name to better reflect its mission and values.

“The shameful legacy of the real John James Audubon, not the mythologized version, is antithetical to the mission of this organization and its values,” said Claire Catania, executive director of the Seattle chapter, in a statement.

“Knowing what we now know and hearing from community members how the Audubon name is harmful to our cause, there is no other choice but to change,” she said.

Aubudon was an artist and ornithologist whose extensive collection of watercolor illustrations depicting North American avian life made him a celebrated figure in the nature community.

He also enslaved people, rejected the abolition movement, and stole Indigenous human remains, sending them to a colleague who used the skulls to assert that white people were superior to all other races.

Seattle is the first major chapter in the National Audubon Society network to announce it would drop the Audubon name, said Glenn Nelson, the chapter’s community director and a former Seattle Times reporter. While the local chapter receives some grant funding from the national organization, Nelson said the group remains largely independent.

In the wake of the national racial reckoning that followed the 2020 murder of George Floyd, many environmental groups began acknowledging the racist legacy of conservation icons like the Sierra Club’s John Muir and Gifford Pinchot, known as the father of American forestry.

The Audubon Naturalist Society, an independent group based in Maryland and unaffiliated with the National Audubon Society, announced last year that it would change its name to “signal a new chapter that builds on the strengths of our past and moves forward toward a stronger, more inclusive future.” The organization is set to announce its new name in October.

The Seattle chapter hopes to land on a new name by the end of the year, Nelson said, with the process involving public discussions about the group’s name and mission.

It’s unlikely that the organization’s new name will honor a person or historical figure, he said.

“This is a first step, this is going to be messy,” Nelson said. “A lot of people cling to that Audubon name and feel like this is cancel culture.”

But Nelson said it’s an important effort toward making the community appear less elitist and more welcoming to people of color who’ve been historically excluded from birdwatching and outdoor spaces. The vast majority of the Seattle chapter’s membership is white and retired, Nelson said.

Beyond extricating the organization from its namesake’s racist past, Nelson said removing the Audubon name provides an opportunity to make the group “more approachable to communities we don’t embrace now.”

“It’s synonymous to birds, but I’ve been on the other side of the equation trying to recruit young people of color into the Audubon/conservation movement,” Nelson said. “I dare say that anyone under 50 years old is either completely not aware of (the meaning of) ‘Audubon’ or have only a vague notion of it.”

The Seattle chapter will host a listening session Tuesday. Interested attendees can register for the online Zoom meeting on the chapter’s website.