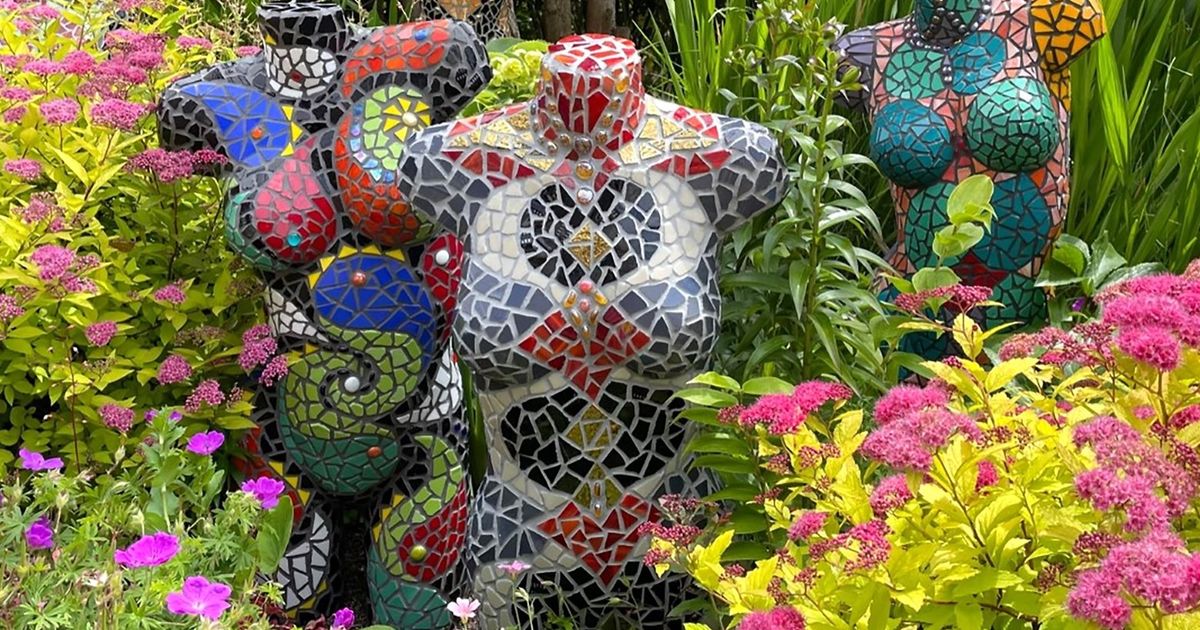 Seattle was recently named one of the nation’s most creative cities based on the percentage of people who are makers or creators, whether for a living or for fun.

The Emerald City ranked seventh in the poll by online art gallery Singulart. The findings were based on the percentage of people working or training to work in a creative industry and the percentage who enjoy creative hobbies, including photography, performing, sewing, writing, making music, designing, decorating, gardening, crafting and upcycling.

Among the Top 10 cities, Seattle had a notably high percentage of crafters.

We asked Seattle area readers to share their creations and were rewarded with pictures of sculpted bird baths, mosaic garden art, pottery, hand-sewn clothing, a re-imagined Seattle flag, murals of the sea and much more.

Gary Jones of West Seattle was among the readers who shared their creations. Jones has been shooting pictures of wildlife for years. But, he said, he was trying to think of how he could add something more interactive.

He had two ideas: add a nature-inspired haiku to each photograph and include Lushootseed names, as well as a link to their proper pronunciation.

Lushootseed, referred to as “the language of Puget Sound,” is a member of the Salish language family.

Each photograph also includes a QR code linking to the proper Lushootseed pronunciation on the Tulalip Lushootseed online educational site.

“This work is an attempt to use nature-based photo haiku to illustrate and celebrate some basics of Lushootseed language,” he said.

Mary Johnston, of Kenmore, also shared her creativity with us.

She had studied art as student at Western Washington University and taught art for a while before pursing interior design, she said in a recent phone interview.

She wants her upcycled garden art to simply bring joy to observers.

A few years ago, she had a longing to return to her earlier artistic passions. She saw an old vessel sink that was being given away on a buy-nothing group and she kept looking at it, thinking it wanted to be part of a bird bath.

But she couldn’t find the base she wanted and she didn’t know how to weld. She was talking to another person she met in the upcycling community, whose partner was a welder.

“He taught me and I was absolutely thrilled with the way my birdbath came out,” she said.

When she does the dishes now, she thinks of how the knives look like dragonfly wings. She wakes up thinking about how metal tubes look like cattail heads and washers like the underside of a Kraken’s tentacled arm.

Others seem to like her work, too. She made seven dragonflies last week and five have sold already.