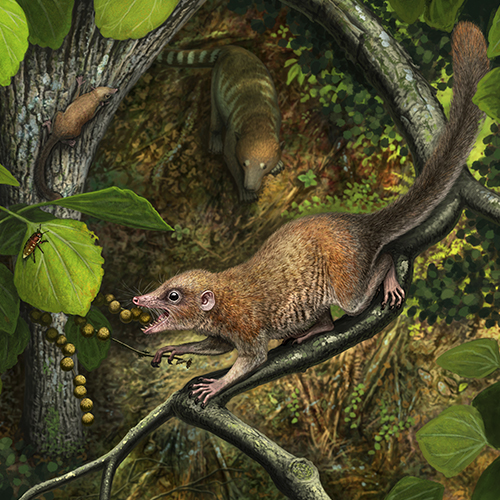 The new species Purgatorius mckeeveri is named after Frank McKeever, who was among the first residents of the area where the fossils were discovered, and also the family of John and Cathy McKeever, who have since supported the field work where the oldest specimen of this new species was discovered.

“This was a really cool study to be a part of, particularly because it provides further evidence that the earliest primates originated before the extinction of non-avian dinosaurs,” Co-author and UW Earth and Space Sciences Graduate Student Brody Hovatter said. “They became highly abundant within a million years after that extinction.”

“This discovery is exciting because it represents the oldest dated occurrence of archaic primates in the fossil record,” Chester said. “It adds to our understanding of how the earliest primates separated themselves from their competitors following the demise of the dinosaurs.”