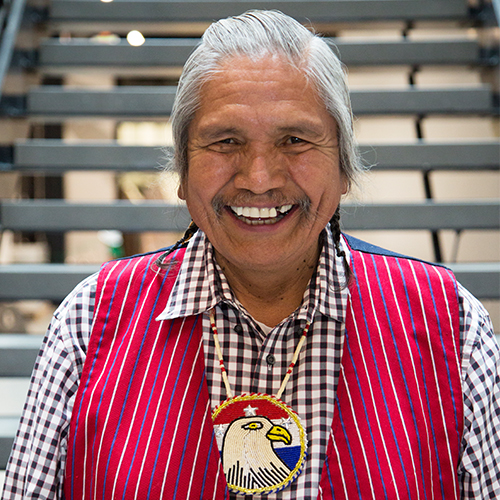 Rex’s work extends to the entire community. He is the leader of the Wanapum Tribe and creator of the Wanapum Museum. Rex shares his expertise as a spiritual leader offering critical guidance on cultural stewardship to many agencies such as the US Army Corps of Engineers and Grant County PUD, to museums like the Smithsonian National Museum of the American Indian and the Smithsonian National Museum of Natural History.

“As the Burke’s first Tribal Liaison, it is important for me to continue Rex’s work through consultation,” said Polly Olsen (Yakama), Burke Museum Tribal Liaison and Director of Decolonization, Diversity, Equity, Access and Inclusion. “As the chairman of our Native American Advisory Board, he has raised Native peoples’ voices, our presence, and our leadership in museum work. It’s an honor to collaborate with Rex and carry on all of the hard work Rex and others have done in partnership with the Burke Museum.”

As for the future of repatriation and tribal consultation, Rex so simply and powerfully stated: “One heart, one mind, be patient, move forward.”