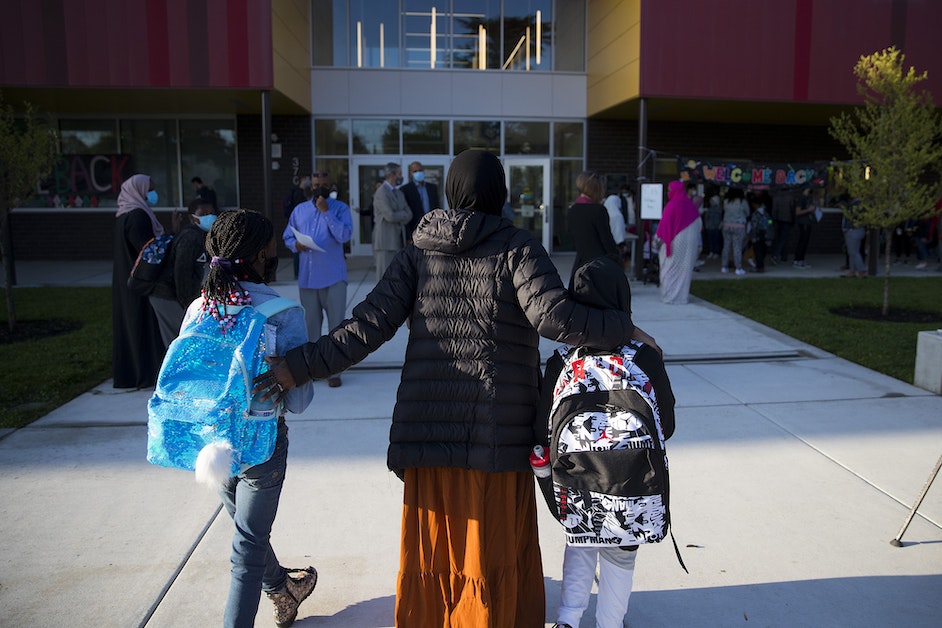 Families are holding a ‘move-a-thon’ in Southeast Seattle all week to work on a big gap in public schools: Parent Teacher Association funding.

The 15 schools involved receive, on average, much less PTA funding than in Seattle’s wealthiest neighborhoods. This fundraiser aims to bring more financial equity to the students. It’s put on by the Southeast Seattle Schools Fundraising Alliance.

Students are committing to move their bodies, and their families are out asking community members to pledge money in return.

Play “the floor is lava” as a home obstacle course. That’s a move.

Do push-ups three times your grade level, play a game reflecting a different culture than your own, or make up a yoga position to represent your school mascot.

There’s a whole bingo card of activities kids are filling out, and all the while the parents are trying to pull in donations. The goal is big: $300,000 by the end of the week. As of Wednesday night they were at about $80,000.

They’ve got some big sponsors this year, including Tutta Bella restaurants, REI, Darigold, and the Seattle Storm.

This will be some of the only funding for many of the 15 schools involved in the fundraiser. In contrast, some of Seattle’s wealthier schools have raised enough money from parents in recent years to easily fund field trips and even hire teachers.

“Your zip code shouldn’t dictate what your education looks like,” says Arlene Williams, one of the organizers of the move-a-thon.

She’s a trained educator who is now a full time parent, and a founder of the Southeast Seattle Schools Fundraising Alliance.

She explains that they want equity with what some other schools have, like money to do field trips, classroom enrichments and, in some cases, funds to give directly to families in need.

Williams says that citywide, parent groups raise an average of $400 per student. The numbers are higher for schools that have high-income families who are able to donate in the hundred or thousands.

Their goal with the move-a-thon is to raise an average of $60 per student for the 15 schools involved. She says they’ll split the money between 15 schools, and will give a higher proportion to certain schools based on equity.

“The move-a-thon is a great opportunity to come alongside our kids and let ’em know we see them and they don’t need to know how broken and confused the world is right now,” Williams said.

Students have until May 13 to complete a bingo card full of activities.

Williams says the effort might grow to districts north of Seattle, who have reached out to learn about the event.