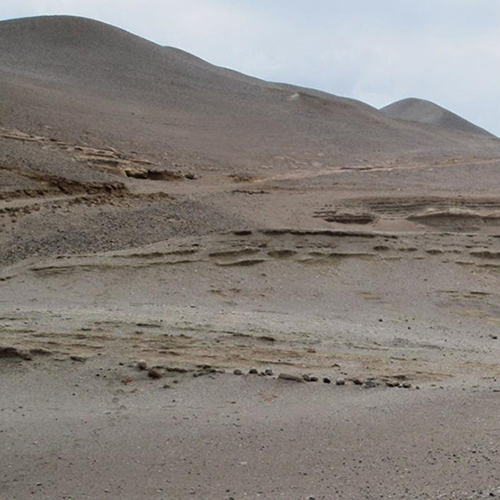 Dr. Thomas DeVries, Burke Museum paleontology research associate, has spent 35 years collecting invertebrate fossils from this area and leading field trips for vertebrate paleontologists. These collaborations led to the discoveries of giant tropical penguins, massive great white sharks, aquatic sloths, and the four-legged ancestors to whales, dating from 60 million years ago to the last ice age. So far, DeVries has formally named and described 40 new species of fossil snails from the Pisco rocks and established the only reliable time-zonation of these fossil beds. This time scale is referenced by other paleontologists and geologists to place their finds in a reliable sequence.

DeVries’ studies revealed many lines of species extinction and the origination of snails, particularly limpets and the predatory snails that are typical of rocky intertidal zones and shallow marine bays. He has shown that some of these molluscs are direct ancestors to modern species that live along the Peruvian and Chilean coast lines, and provided links with species in other Southern Hemisphere regions.

He discovered the ancestor and the evolution of the Concholepus, which is part of a current multi-million-dollar food industry and one of the main sources of income for locals on the Peruvian coast. Fifteen million years ago, when this predatory snail evolved, it had no shell spines around the opening to its shell. However,13 million years later, it developed two strong spines that are now used to dislodge its food—barnacles and limpets—off the rocks. This suggests a change in food source was the dominant factor to its evolutionary survival, even though these spines make it easier for crabs to flip Concholepus off the rocks for their dinner.

DeVries is the first to research fossil invertebrates in this region of Peru, and has discovered dozens of ancestors to other modern snails. Concholepus is the first of many that he will give scientific names and descriptions to in the future.