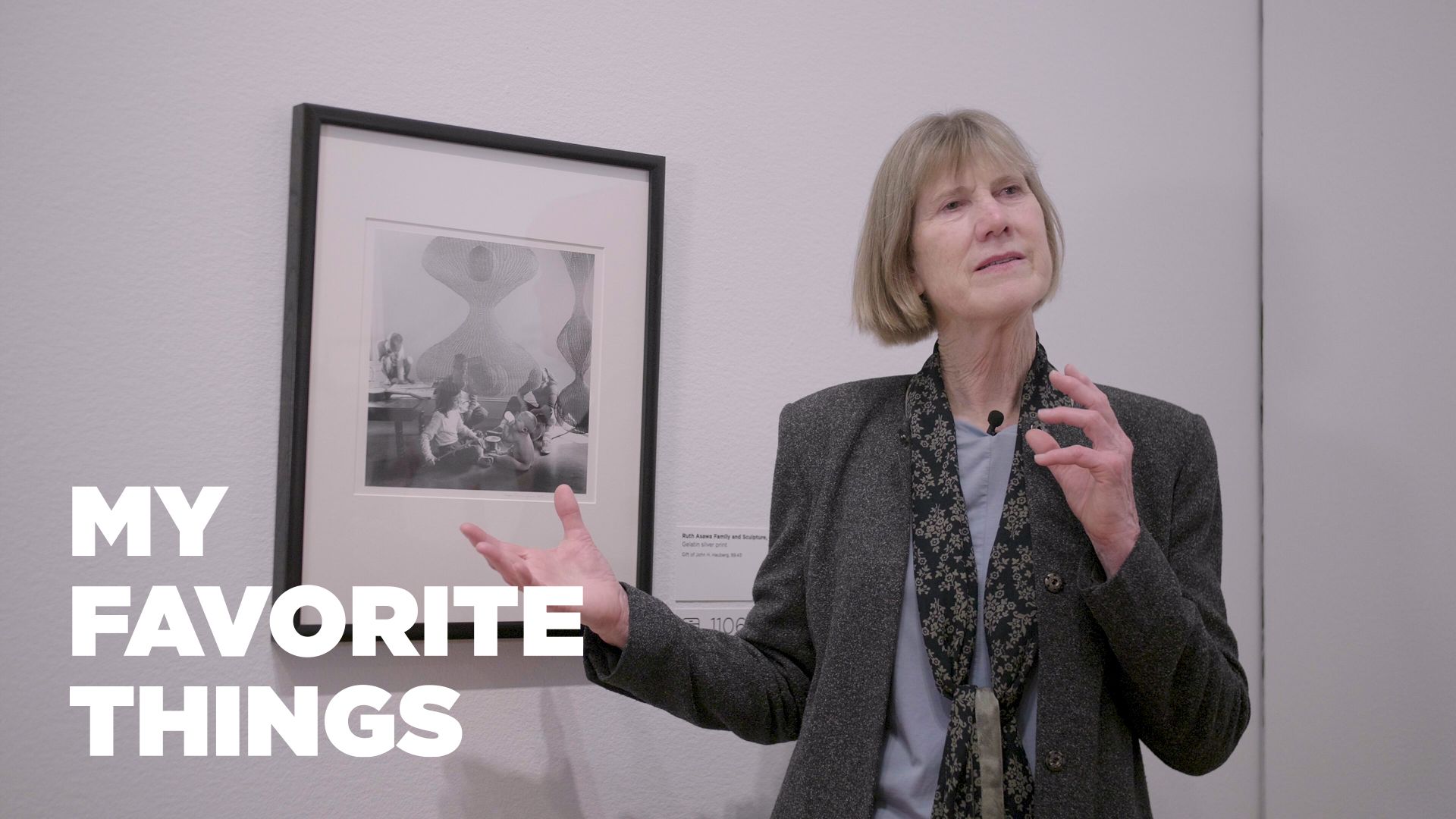 “Imogen was always after capturing a moment in time. It wasn’t a perfect moment—it was just a moment that spoke to her.”

Hear Meg Partridge, Imogen Cunningham’s granddaughter and Director of the Imogen Cunningham Trust, discuss one of her favorite Cunningham photographs, Ruth Asawa Family and Sculpture. Capturing Asawa at work in her studio with her young children beside her, the photograph, explains Partridge, illustrates the close relationship Cunningham shared with the Asawa family and marks a contrast from many of the major themes Cunningham explored throughout her career.

Accompanying this image in the exhibition are seven sculptures created by Ruth Asawa herself. On view for the first time in Seattle and exclusive to this venue, the works demonstrate the inextricable link between these two artists as Cunningham’s photos of Asawa’s sculptures gained widespread attention for the artistic pursuits of both women.

See Ruth Asawa Family and Sculpture alongside Asawa’s sculptures on view now in Imogen Cunningham: A Retrospective at SAM through February 6 and learn more about this photograph as part of the exhibition’s audio tour.