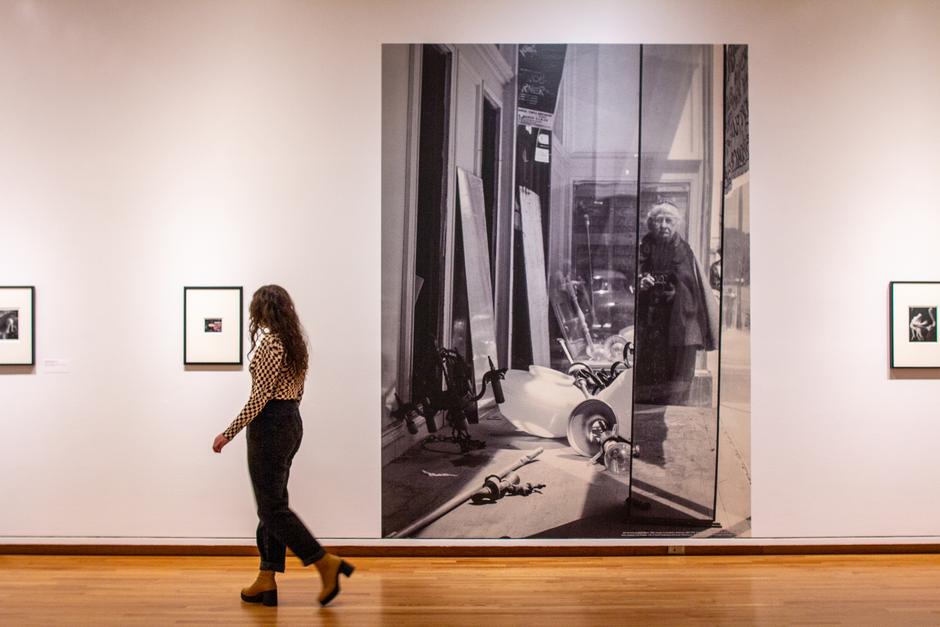 Imogen Cunningham: A Retrospective is now on view at SAM! Ann Guo for the Seattle Times explored “why Seattle’s Imogen Cunningham is one of the leading photographers of her time.”

“The photographer wielded the camera as one would a blade — precise and controlled, yet with delicate grace.”

And here’s an appreciation of the photographer’s body of work in Airmail, focusing particularly on her work with nudes.

“It is perhaps this quality of reflective quiet that epitomizes Cunningham’s art across time. In all of her photos we sense not only her concentration, but the vibrancy of being in subjects animate and inanimate.”

From the Seattle Times: “Why arts critic Moira Macdonald picks Tchaikovsky’s ‘Nutcracker’ as the soundtrack of her holiday season.”

“Ghost mall goes indie: Pacific Place gets a new lease on life”: Margo Vansynghel on how the downtown shopping center is filling its spaces with local art.

Lucas Kaplan for Seattle Met on Hockey: Faster Than Ever, now on view at the Pacific Science Center.

“It’s not all a bird’s-eye view of hockey either…PacSci’s exhibit emphasizes the importance of broadening the reach of the sport, beyond the predominantly white and male scope. The Kraken have been outspoken in this regard, and some members of its historically diverse staff, as well as its investments in youth programs, are highlighted here.”

“We Are Angry, We Are Tired”: Artnet’s Kate Brown on the impact of the new travel ban on South African art dealers headed to Art Basel Miami.

ARTnews: A story about PBS, a Maltese priest/art historian, and a stolen Caravaggio.

“Why Shouldn’t Housing for the Homeless Be Beautiful?” Thomas Rogers for the New York Times on an exhibition exploring architects’ ideas for solving homelessness.

“Because of climate change and pandemics and robotization, we will have more refugees in the future, more poverty,” [architect Alexander Hagner] said. Young architects realized that “we have learned a profession in which we can perhaps not save the world.” But, he added, they could “contribute to making it a better place.”

Thank you, Stephen Sondheim. Let’s wallow in the archives.