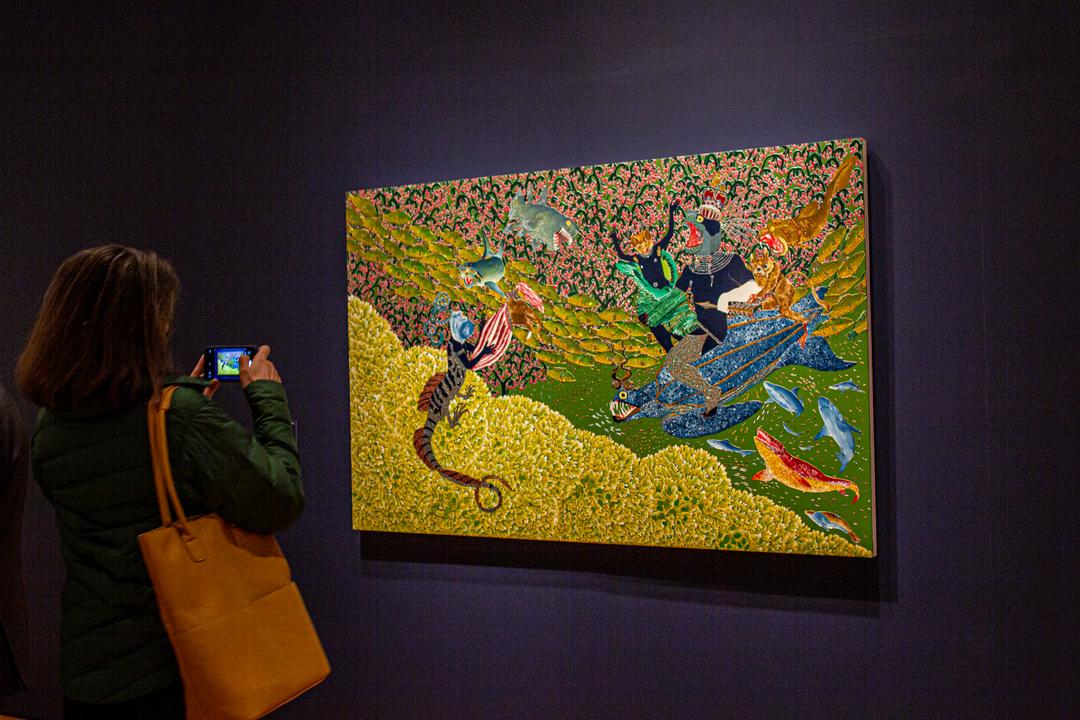 JiaYing Grygiel for ParentMap offers up “Best Things to Do With Kids on the Seattle Waterfront,” sharing fun secrets for a visit to the Olympic Sculpture Park (and very cute pictures of her kids zooming around sculptures!).

“Every hour on the hour, a bell chimes and the Father and Son water fountain reverses. Take the walkway over the railroad tracks, where transportation-obsessed kids will love that you can watch train, car, plane, and boat traffic all from the same vantage point.”

Grace Gorenflo of the Seattle Times continues on the arts recovery beat, with recent stories on creative pandemic fundraising and this look at Mayor Bruce Harrell’s plan for the arts–and what arts leaders think.

The Stranger’s Jas Keimig heads to the Henry Art Gallery’s new exhibition and reports back on “Finding Yourself Inside a Magma Slit.”

[Seattle Times art critic Ann G.] Todd was much more impressed with the Fine Art Pavilion’s exhibit of ‘Northwest Indian Art,’ curated by University of Washington anthropology professor and ethnobotanist Erna Gunther (who also served as director of what is now the Burke Museum). Previewing the show in the very first issue of ArtForum magazine (June 1962), Todd gushed, ‘It would be difficult to imagine more stunning proof of the expressive genius of the Northwest’s aboriginals.’”

“5 Incredible Art Pieces From World-Class Contemporary Artists That Anyone Can Afford”: Jeff Miles for ARTnews with some very cool artist editions you can buy. Might we also recommend a visit to SAM Gallery and SAM Shop?

Tabitha Barber for the Art Newspaper reviews: “A new visual history of domestic service spanning 400 years examines the lives of those working within the home.”

We would really like to be in one of these jazz clubs right now.