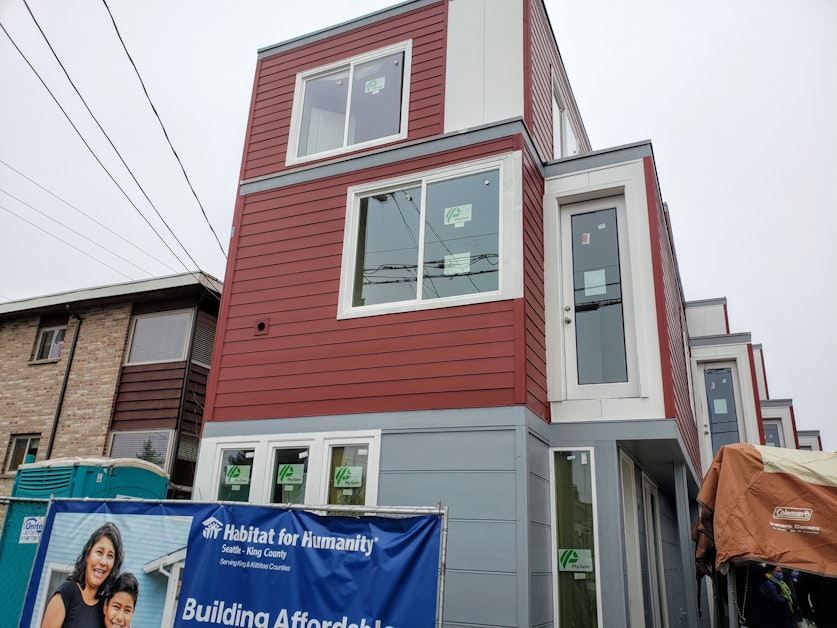 D’Antonio says with the money Habitat for Humanity can purchase one hundred new lots in the area to build affordable homes, at a time when thousands of people are struggling to keep up with rent.

“We’ve also really expanded into home repair for homes that are already affordable to someone that just needs a little bit of help with a new roof or windows,” D’Antonio says.

Scott’s donation comes at a crucial time for many people trying to find a home around Seattle. A regional housing taskforce for King County found that 244,000 additional affordable homes are needed by 2040. Every year thousands of people in the county experience homelessness at some point.

Right now D’Antonio says each year Habitat for Humanity sells about 40 homes in the region and expects that to jump to 65 with Scott’s donation. He expects all services, including education courses for first time homebuyers, to increase 30-40%.

“It really is a launching pad to expand our services,” he says.

This donation is Scott’s largest, publicly-disclosed philanthropic gift since the multibillionaire pledged to give away more than half of her wealth in 2019. Scott, estimated to be worth over $48 billion, also announced online nearly four billon dollars in donations this week to multiple other organizations.