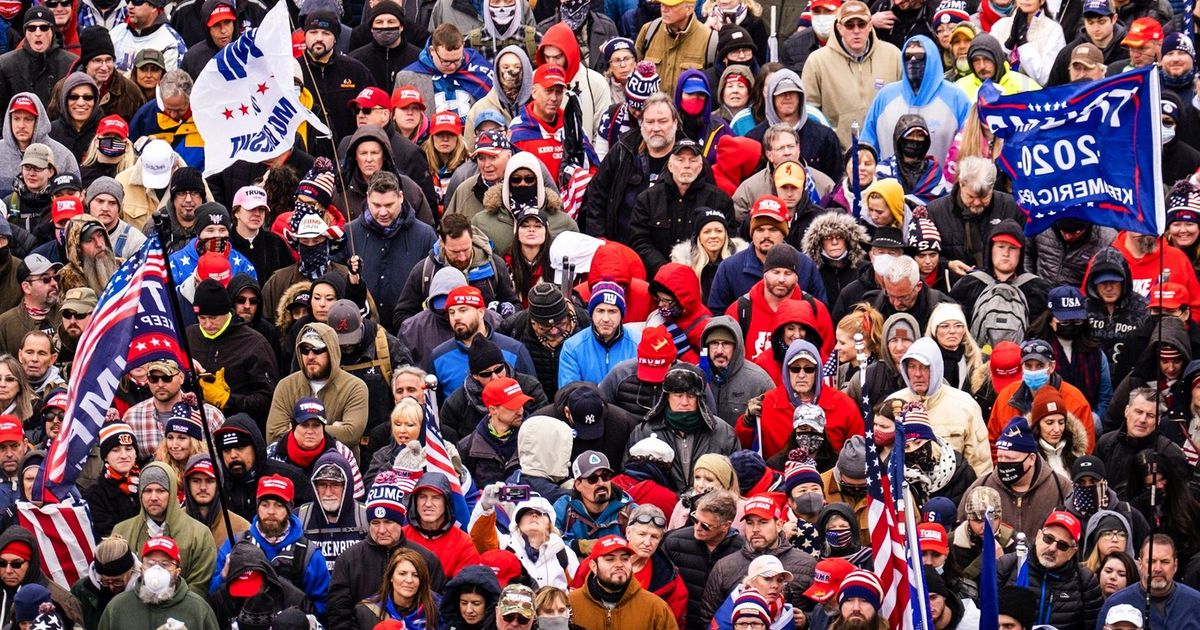 For the second time in less than a year, a King County judge has rejected a request to block the city of Seattle from disclosing records that would identify police officers who participated in a pro-Donald Trump rally in Washington, D.C., before last year’s attack on the U.S. Capitol.

In a written order signed Tuesday, Superior Court Judge Sandra Widlan denied the motion for a preliminary injunction filed by four Seattle officers who want to prevent their identities from being disclosed in records requested by members of the public.

The judge also extended a stay on her ruling for seven days, giving the officers — known as “John Does” in court documents — a chance to appeal her ruling. If they don’t appeal by Feb. 8, the city can release records identifying the officers to Seattle University law student Sam Sueoka and others who’ve asked for them under the state’s Public Records Act (PRA).

Aric Bomsztyk, an attorney hired by the Seattle Police Officers Guild to represent the officers, said in an email Wednesday his firm planned to challenge the latest ruling.

“We appreciate the Court’s time, but we are disappointed with the ruling,” Bomsztyk said. “There are important privacy and Constitutional interests which need to be recognized and upheld. We plan on appealing the Court’s decision.”

“And that’s what this is all about — the public’s right to know this information and have access to these records,” she added.

Thoman also noted that appeals delaying an ultimate resolution of the matter were “unfortunate, but we’re going to keep at it. We’re not going anywhere.”

Sueoka contends the police identities are a matter of public record and citizens should have the right to know if publicly employed officers are engaging in off-duty conduct, such as the “Stop the Steal” rally before the Capitol insurrection, that throws their professionalism into question. The officers argue their names should be kept private because they attended the rally off-duty to express free speech rights as private citizens, and would face harassment and threats if they’re identified.

Widlan’s latest ruling comes about 11 months after she denied the officers’ initial request for an injunction to block release of the records, ruling against their privacy arguments because their “actions in this case were public, they are part of a public event.” A stay of Widlan’s March 2021 order was issued while the officers appealed it.

While the case was under appeal, the city’s Office of Police Accountability completed and released the findings of a six-month investigation of the six officers who attended the rally. It concluded two of the officers — a married couple who have since been fired and identified in the media as Alexander Everett and Caitlin Rochelle Everett — had trespassed on restricted grounds outside the Capitol during an “active insurrection.”

Three of the other four officers were cleared of allegations of unprofessional conduct and did not break any laws, the investigation found. Evidence wasn’t conclusive as to whether the fourth officer broke any rules or laws.

After the appeal reached the state Supreme Court in November, Chief Justice Steven C. González ruled that circumstances in the matter had changed so much since Widlan’s initial ruling that the officers’ appeal was “moot,” and the case was sent back to the trial court. Last month, the four officers who remained unidentified filed a new injunction motion, renewing a legal process that started a year earlier.