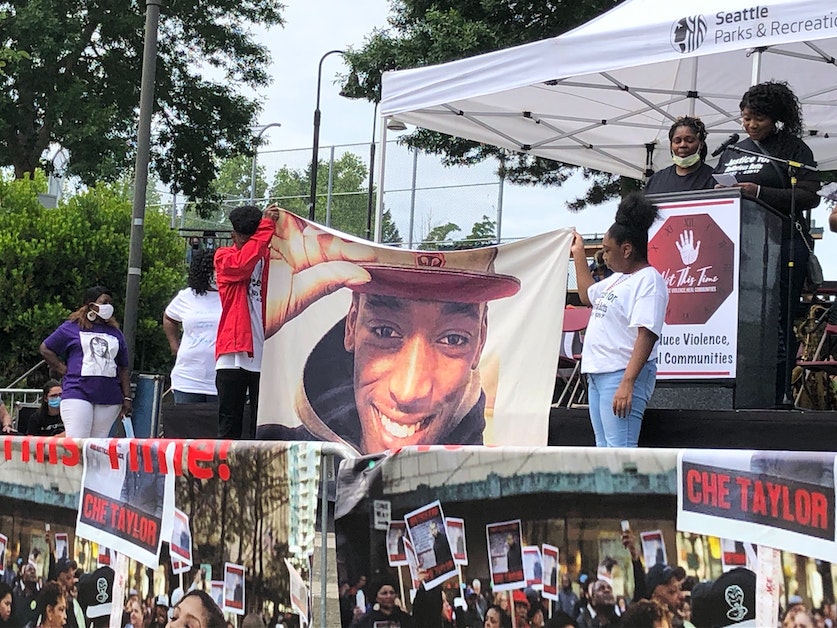 Inquest jurors delivered their findings Monday in the 2017 Seattle police shooting of Damarius Butts. All eight jurors called the officers’ use of deadly force in the encounter with Butts “justifiable.”

The jurors agreed that Butts, a Black 19-year-old, robbed a convenience store, and refused officers’ commands to drop his handgun as he fled through the loading dock into the old federal building in downtown Seattle.

After officers pursued Butts inside, they exchanged two rounds of gunfire with him. Butts fired shots that injured Officers Elizabeth Kennedy, who had a bullet lodged in her ballistic vest, and Hudson Kang, who was shot in the neck.

The jury agreed that Officer Elizabeth Kennedy fired shots that caused Butts’ death. Jurors said whether Butts or Kennedy fired first is “unknown.” Kennedy testified that she heard a “soft pop” as Butts fired at her before she returned fire.

In their testimony last week, officers described a chaotic situation where they couldn’t clearly see what Butts was doing after he fell down behind stacks of wooden pallets.

This was the first inquest to occur in nearly five years, after King County revamped the process and the changes were upheld by the Washington Supreme Court.

Victims’ families called for jurors to examine whether officers followed department policies and training in their use of force. Jurors examined SPD policies on de-escalation, use of force and firearms, and concluded that in this case, officers did comply with them. Jurors also said that medics with the Seattle Fire Department provided aid to Butts as soon as was reasonably possible.

Ted Buck, one of the attorneys representing the four officers, called the jury findings a “vindication” and said the officers are pleased with the outcome.

If jurors had not found the officers’ actions justifiable, they would have then answered questions about whether an officer’s use of deadly force was done with malice or not in good faith. Those questions can be weighed by prosecutors in determining whether officers should face criminal charges for misuse of deadly force.