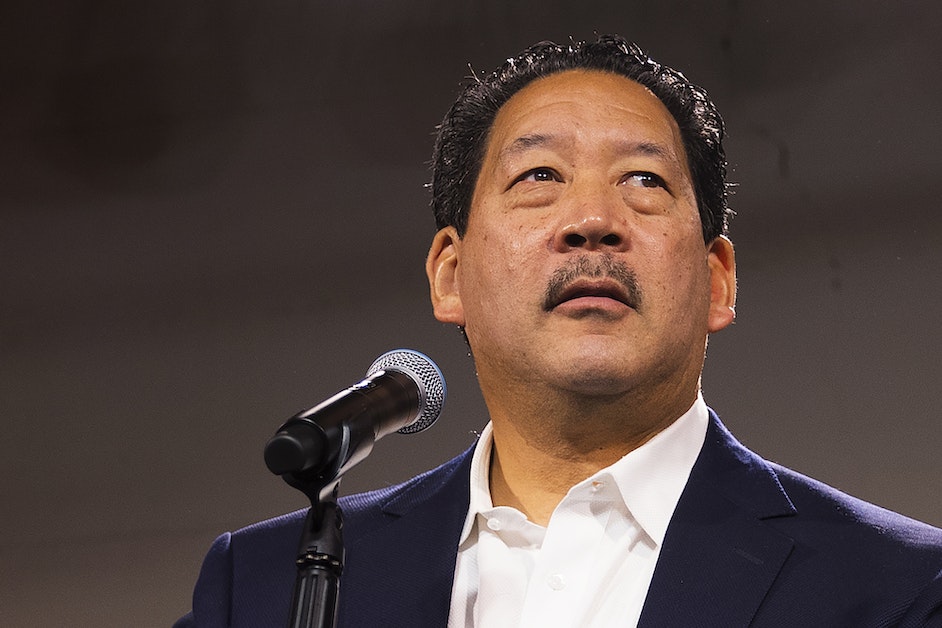 Harrell wants the Seattle City Council to approve bonuses for new hires, which the city has offered sporadically in the past few years.

“We know that financial incentives are critical,” he said at a press conference at police headquarters Wednesday. “That’s why this plan offers incentives up to $30,000 for lateral transfers and $7,500 for new recruits, ensuring that Seattle is fully competitive with our neighboring jurisdictions.”

Many neighboring cities have been offering financial incentives and pay bumps for officers with college degrees or other skills. Seattle has lost 109 officers this year alone, most due to retirements, and so far has hired 35 new officers.

Harrell and Interim Police Chief Adrian Diaz also support retention bonuses for existing officers. Diaz said they couldn’t give details on the amount of the bonuses because those are currently being negotiated with the Seattle Police Officers Guild.

“The past two years have been incredibly challenging for SPD and I want to thank those that have stayed with this department,” Diaz said. “We cannot afford to lose another single officer, especially to other law enforcement agencies.”

The new report on hiring and retention said the city’s number of trained and deployable police officers is at a 30-year low of 954. Harrell is seeking $1 million to allow for the new hiring incentives and four additional recruitment positions. In May, the City Council approved a proposal for SPD to use part of its unspent salary funds to pay for moving expenses and recruiting.

Harrell said he’s been attending police roll calls to tell officers they are needed and respected in Seattle. He also said he’s committed to seeking out police candidates “who reflect Seattle’s values and diverse communities, and are committed to public service.” Harrell and Diaz noted that half of the officers hired so far this year are people of color, up from 40% of new hires in 2021.

In a statement Councilmember Lisa Herbold said, “Hiring police officers is important.” But she called on Harrell to act with more urgency around creating alternative responses for the portion of 911 calls that do not require police.

“Despite consistent requests from myself and other Councilmembers to act with urgency, we have not received a favorable response from the executive,” Herbold said. “Seattle is falling behind on its commitments to create policing alternatives, and those impacts are being felt by community members who are not getting the service they deserve and by police officers who are stretched too thin.”