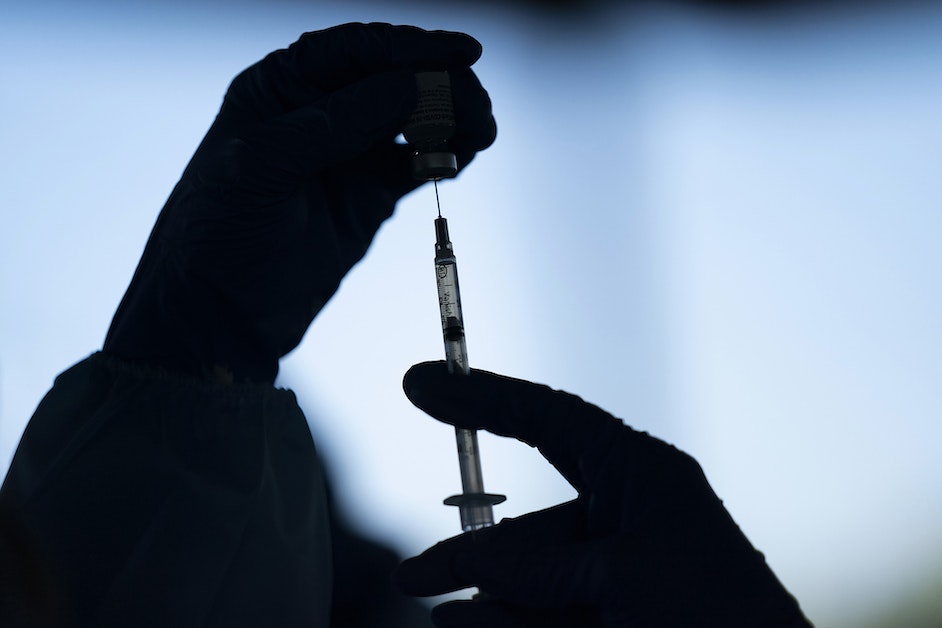 The FDA has authorized the use of Pfizer’s Covid-19 vaccine for children ages five to eleven. Many young children are afraid of injection needles. So are some adults. KUOW‘s Bill Radke asked one Seattle child how she overcame her fear.

Caroline Einstein is 11 years old. Last year, when it was time to get her flu shot, she couldn’t do it.

“I was so nervous, they had to pin me down,” Caroline says. “They told me about the 11-year-old shots — that you had to get three, and two of them kind of stinged. I got really nervous after that. Didn’t want to turn 11, to just not get my shots.”

Can you imagine being so scared, you don’t want to have a birthday?

Now, there are strategies for this — you can rub ice on your shoulder, wiggle your fingers. And Caroline did that stuff. But that’s not why I’m telling you her story. I’m telling you because she had a realization.

Caroline decided to investigate her fear. It helps that her mother is clinical child psychologist Dr. Molly Adrian of Seattle Children’s Hospital. Adrian says when we’re scared, we often we don’t immediately know why. Our brain is on alert — “fight or flight” — and it’s not slowing down to analyze.

When Caroline did analyze it, she found out she was afraid of the doctor’s waiting room: the seconds ticking by, the needle coming closer. To combat that fear, her mom set up a pre-appointment for the day before, so the doctor could walk her through the process.

“It was really helpful having someone just who straight out knows what they’re doing,” Caroline says. “She knew that a bunch of kids have done this, so she had a bunch of advice for me.”

Her advice included: Numb your shoulder with vibration or ice, breathe from your belly, wiggle your fingers, relax your shoulder muscle.

Then, the doctor let Caroline hold the needle, which is how they discovered her other big fear: “In her mind the needle was gigantic!” says Dr. Adrian.

Caroline was getting to check her fear against the facts: “’How big is the needle that goes in my arm? Oh, it’s actually really tiny! I imagined it much bigger and hurting much more.’ Because in that anxious thinking, she’s assuming the worst and expecting bad things to happen.”

Don’t we all do that sometimes? Get stressed and assume the worst? If you ever face that, Dr. Adrian suggests you identify your fear and then investigate it. It might turn out that your metaphorical gigantic needle is actually tiny.

She practices this herself. Last week, she had a work presentation due and she felt stressed. Upon examination, she realized she was afraid her colleagues would find her unprepared.

“And then I thought through: ‘Well, I do have an agenda. I planned the meeting. I think it’s probably going to go OK. It’ll be good to have discussion for the areas where I don’t have answers.’ I tried to reframe it to an opportunity to learn from one another, as opposed to an opportunity for me to look foolish.”

Now, it’s not that you’ll never look foolish. You might. But probably not. And if you do, you can probably handle it.

Caroline calls this “detective thinking” and it worked for her, too. Now she’s about to get her Covid vaccine and she’s excited to do it.

If you’re afraid of the Covid vaccine, she suggests you identify the fear specifically: Do you think it’ll hurt?

“It’s just kind of like a light pinch,” Caroline said.

Do you think the vaccine is harmful?

“Maybe a million people have gotten the vaccine and it’s been fine for them,” Caroline notes.

When you use your detective thinking and face your fear, you just might find out, as Caroline Einstein did.

“It wasn’t actually really that bad,” she said.