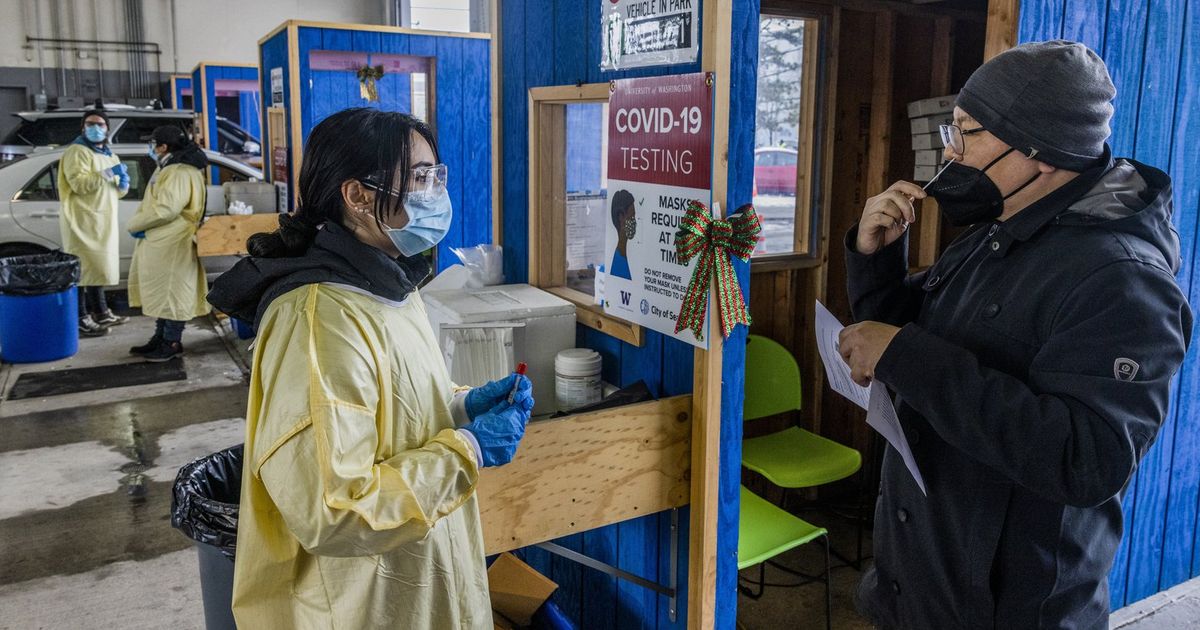 UW Medicine will soon start limiting its COVID-19 testing appointments to include only those with symptoms or known exposures because of an “astronomically high” positivity rate that’s slowing the testing process, the health care system announced Thursday.

Of UW Medicine’s 12 community testing sites, nine will soon start limiting appointments. Three, however, including in Ballard, and at Seattle City Hall and Lake Sammamish State Park, will close temporarily.

The high positivity rate — measuring more than 40% at some South King County testing sites — is creating a challenge in UW Medicine’s testing process and slowing scientists’ ability to parse out which samples are actually positive, Dr. Geoff Baird, chair of laboratory medicine and pathology at UW Medicine, said in a news briefing Thursday morning.

UW scientists normally opt for a “pool testing” system — common throughout the country — to speed up the testing process, which means they take four or five samples from testing sites, extract a small portion of each, then mix them together in one vial for testing.

“If that sample was negative, all of those samples would be considered negative because the test is extremely sensitive,” Baird said. “So we would really have done the work of four or five tests with just one test. It was a way to increase capacity.”

He continued, “The problem when the positive test rate gets very high, though, is that all of the pools are positive. If one or two of them are … positive, we’d still have to go back and test all four individually to see which (individual sample) was positive — so we can’t do pooling anymore.”

That significantly decreases capacity, he said.

At the county’s Auburn collection site, the positivity rate was 49% earlier this week, he said. In the past, scientists have seen 5% to 10% positivity rates at Seattle sites in between surges, and at previous peaks positive rates have been around 20% to 25%, Baird said.

As a result, UW Medicine will only accept appointments for people who have symptoms of a respiratory illness or those who have a known exposure to someone who’s tested positive for COVID-19. People without symptoms who want to get tested before travel or gatherings, for example, will temporarily no longer be able to make appointments at UW testing sites, Baird said.

The change will go into effect next Tuesday, and last until scientists have confirmed samples’ positivity rate has fallen back down to an average of below 10% to 15%, Baird said.

This is a breaking news story and will be updated.