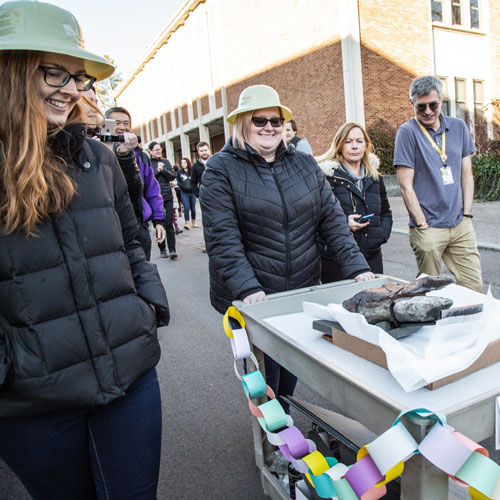 While the distance is relatively short (just 480 feet), this has been a monumental effort packing and moving lasting more than two years.