Women in Seattle are doing great things—and they have been for a while. Did you know Seattle had the first woman mayor of any major U.S. city in 1926? Mayor Bertha Knight Landes also served as Seattle’s City Council President for two years and was known for championing bold reform. The city we know and love today was built, and continues to be built, by the contributions of strong women leading the way. Read on for a look at just a few of the wonderful women in Seattle today. 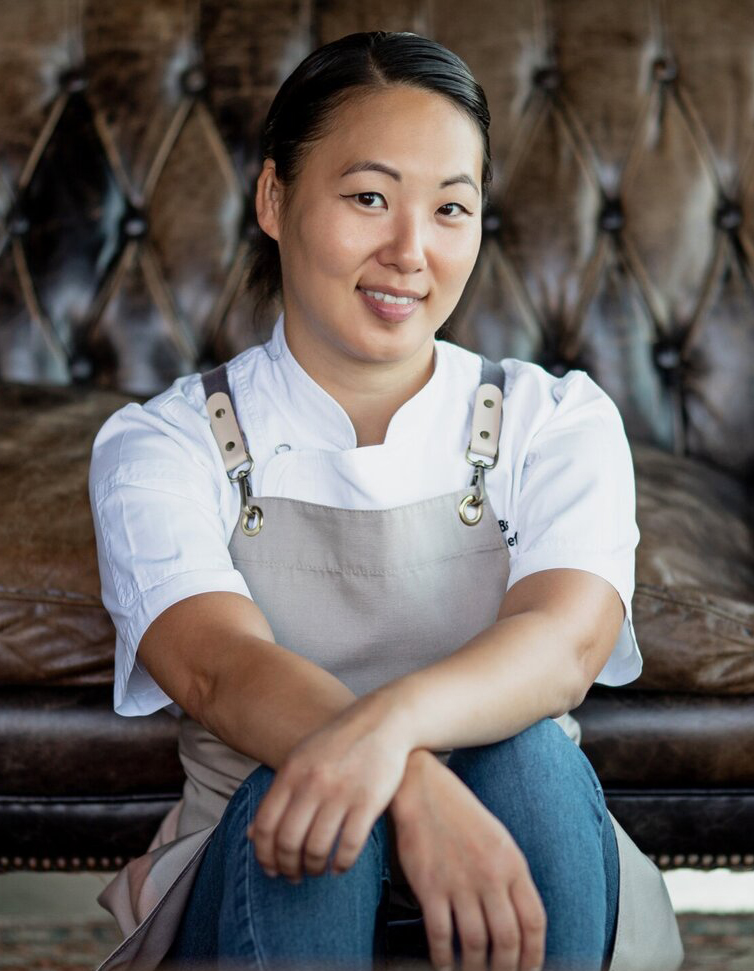 A Pacific Northwest native with more than 16 years of experience, Kaleena always knew she wanted to be a chef. Her passion for food and cooking led her to securing a spot as a contestant on Chopped: Casino Royale where her confidence and ability to work quickly led her to win the tournament in 2022. Enjoy the fresh, local flavors of Chef Kaleena’s cooking at Conversation and The Nest rooftop bar—both onsite restaurants at Thompson Seattle. 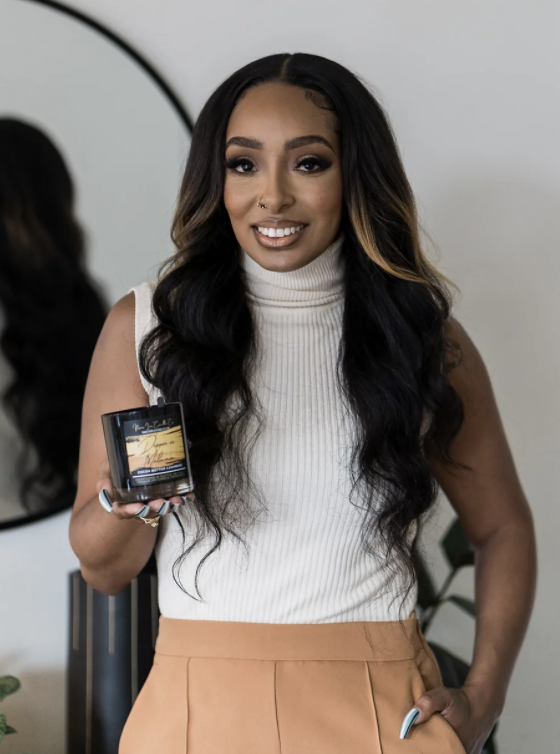 What started as a pandemic hobby transformed into a groundbreaking candle business that allows owner Colina Bruce to share her passion with the community. Colina’s DIY candle bar—Noir Lux Candle Co.—opened in February of 2022 in the heart of Seattle and aims to be a place where people can come whenever they want to pour their own creations. Part of the mission of this new brick and mortar location is to pay it forward: A retail section will feature small, Black-owned businesses like hers and collaborations under her Candles for a Cause collection that provide 10% of proceeds to local nonprofits. 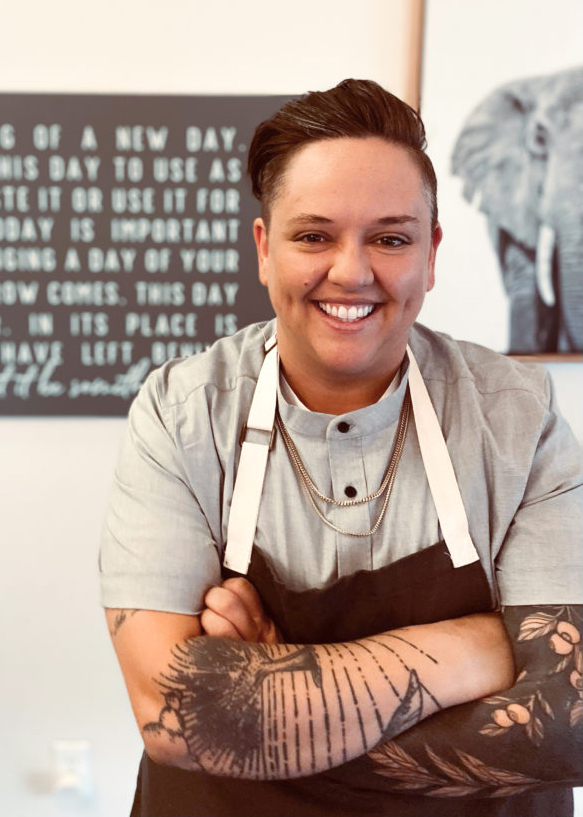 In 2021, Climate Pledge Arena (CPA) made history when it announced it would be the first major professional sports arena opening with a female executive chef leading the arena’s food and beverage program. Cue Molly DeMers. A proud member of the LGBTQ+ community with 20+ years of experience, Molly is a trailblazer in this male dominated field. Experience Molly’s delicious and nourishing food the next time you go to a Kraken or Storm game and at one of the many concerts hosted at the arena throughout the year. 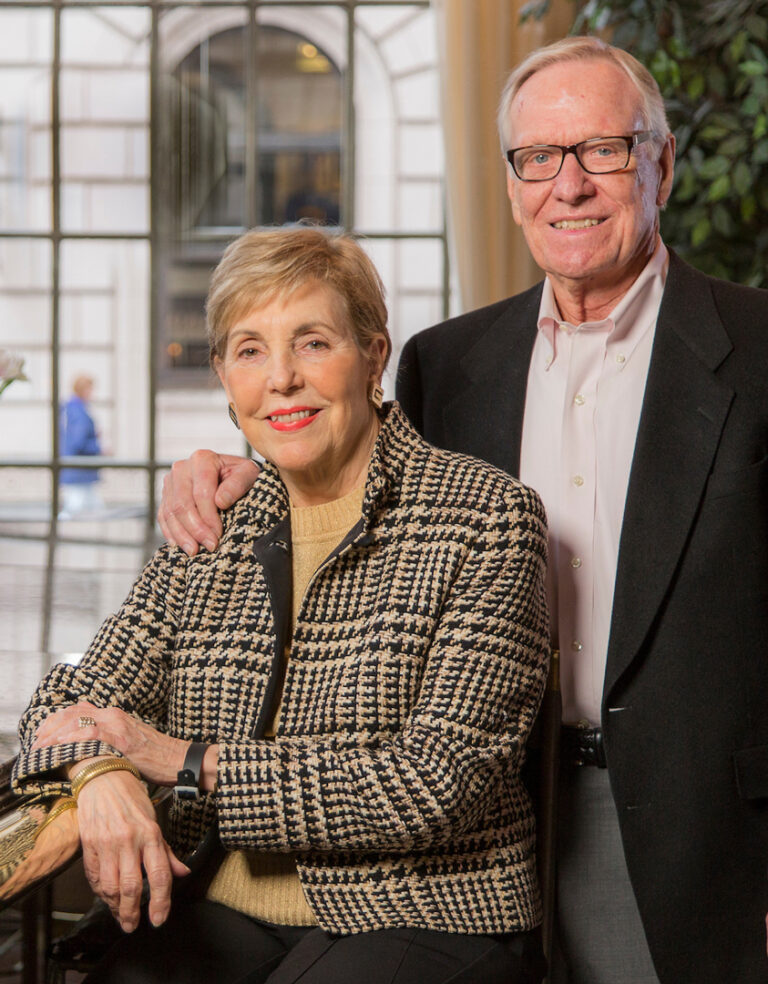 After the purchase of Mayflower Park Hotel by Marie and Birney Dempcy, Marie took it upon herself to refurbish the hotel, including an addition of a classic bar. In 1976, Oliver’s opened as Washington State’s first daylight bar. In 1983, Marie became Seattle’s first female hotel general manager and oversaw all hotel, restaurant, and bar operations. To this day, Marie Dempcy continues to be actively involved in the daily operations of the hotel. 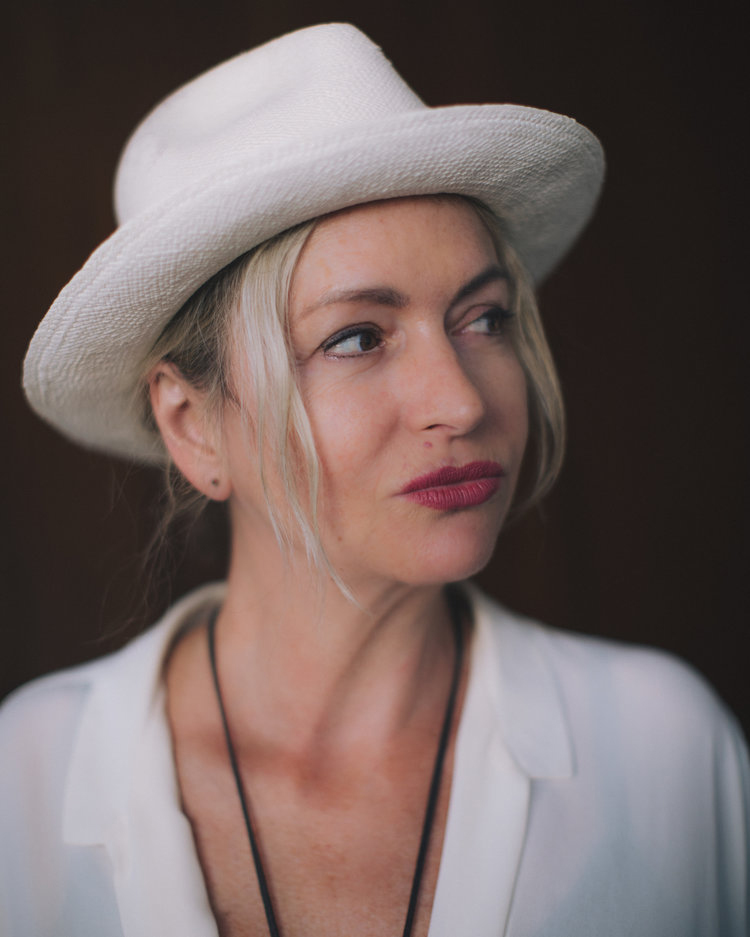 Have you ever experienced the airy atmosphere and secret outdoor patio at Oddfellows, the dark wood interior with an eclectic display of taxidermy décor of King’s Hardware, or the black and red checkered floors and well-loved booths inside Linda’s Tavern? If so, you’ve experienced the magic of Linda Derschang and her ability to create spaces that allow the community to come together and connect over good food and drinks. Since the opening of Linda’s Tavern in 1994—one of the city’s most beloved dive bars—Linda has successfully opened nearly a dozen restaurants/bars/cafes and laid the groundwork for generations of women to come in the restaurant industry. 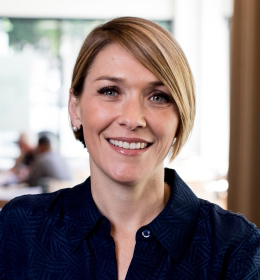 From a young age, Angela Dunleavy has found ways to connect with and give back to her community. As the CEO of FareStart, she sees the services the organization provides as an opportunity for many to have new beginnings, including herself, and to return dignity and humanity to people’s lives. Angela can be found on many esteemed lists such as Puget Sound Business Journal’s “40 Under 40” Hall of Fame and “Women of Influence,” and Seattle Met Magazine’s “50 Most Influential Women in Seattle.” 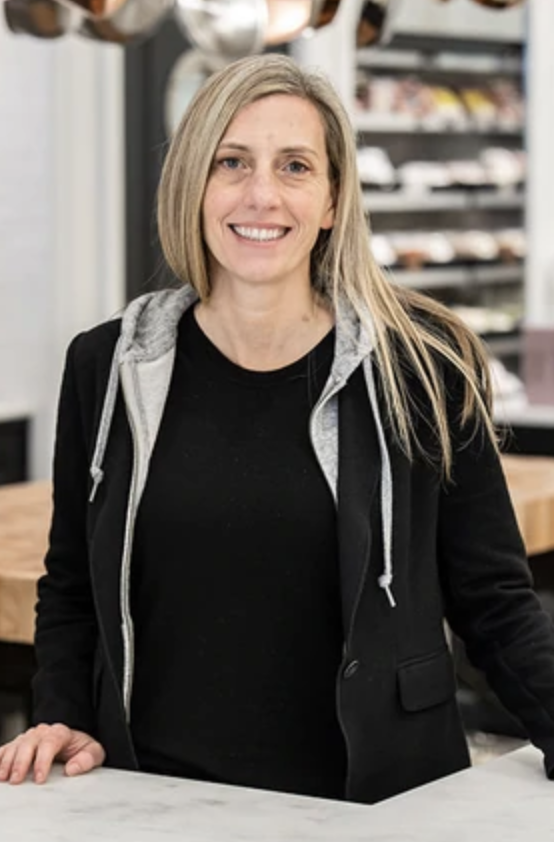 Mercer Island native and founder of the new grocery concept Kitchen & Market, Stephanie King saw her longtime dream come true when she opened the doors to her Pike Place Market store in 2021. Stephanie hopes to bring a little joy to your kitchen through her restaurant-quality meal kits and carefully curated selection of groceries that take the guesswork out of cooking dinner. 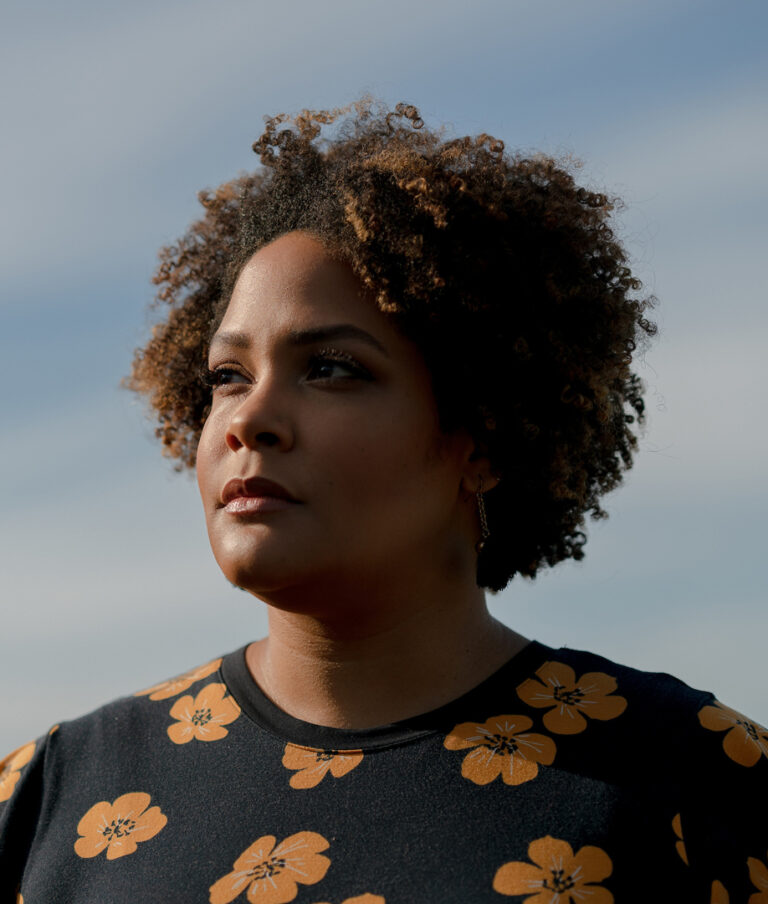 You may recognize Ijeoma as the author of the #1 New York Times best-seller, So You Want to Talk About Race, or maybe you’ve seen her work on race featured in publications like The Guardian and The Washington Post. Her accolades are many, among them the 2018 Feminist Humanist Award and the 2020 Harvard Humanist of the Year Award from the American Humanist Association. 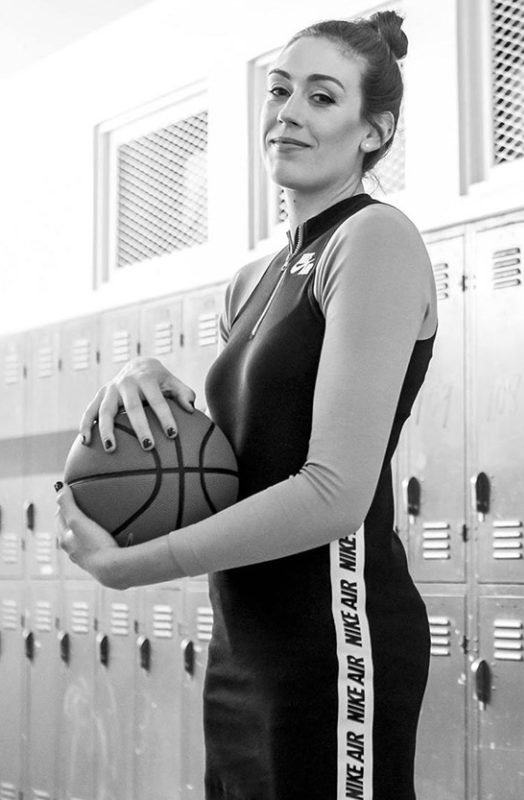 If you didn’t already know, Seattle Storm is no stranger to sparkly trophies and flashy titles—they have won four WNBA Championships, after all. But the franchise would be nothing without the incredible women who make up the team. Breanna Stewart has been with Storm since 2016 and has racked up an incredible list of career highlights including two WNBA championship titles, 2018 WNBA MVP, first-ever WNBA Commissioner’s Cup MVP, and perhaps one of the best accolades of all, Breanna is also an all-star mom to daughter Ruby Mae. Jay Woods is a Seattle-based educator, performer, and director of plays and musicals. And in March 2022, she became the associate artistic director of artist engagement at The 5th Avenue Theatre. Jay always runs processes “with a desire to centralize and uplift each artist’s humanity and their unique worthiness as humans.” Her drive to create better and more equitable spaces for performers was also seen in 2020 when she formed Seattle Theatre Leaders, a coalition of local professionals working to address institutional racism in the industry.

Brittany Carchano is a Seattle native and loves finding new places in the city she has yet to explore, heading to the mountains for scenic hikes, or sailing on Puget Sound to spend time in the San Juan Islands. She is the Marketing Manager at Visit Seattle. 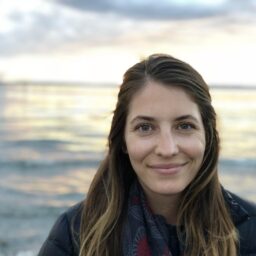