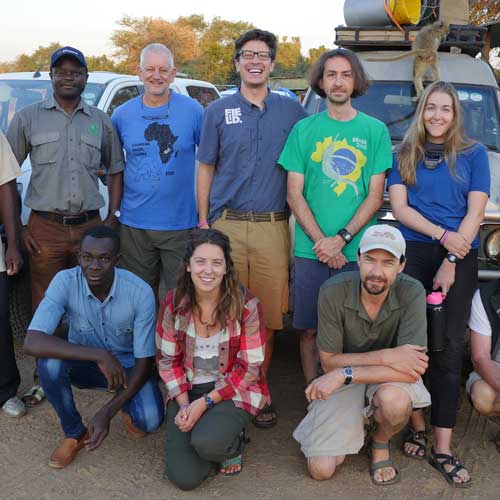 It’s tough to become a fossil. There are a lot of factors, like the animal’s body size, the environment where it died, and the surrounding plate tectonics. All of these have to be just right for fossils to form and eventually be found millions of years later. As paleontologists, we consider these factors while we look for rocks that are likely to contain fossils of the animals and time periods we’re interested in.

For the past decade a Burke Museum team, led by Dr. Christian Sidor, curator of vertebrate paleontology, has been investigating the largest mass extinction in Earth’s history, the Permo-Triassic mass extinction, or the “Great Dying,” about 250 million years ago.

As part of this effort, we look for fossil-bearing rocks from the earlier Permian period to tell us about the conditions before the extinction and Triassic period rocks to help us understand what went extinct and how life recovered in the aftermath. Luckily for us, there are a few places on earth that preserve terrestrial animals from both of these time periods. A major portion of them are found in southern Africa, with the animals from the Karoo Basin of South Africa being some of the most well-studied and collected.

Our collaborative team includes scientists from the Burke Museum, Field Museum, Southern Methodist University, and Iziko South African Museum and focuses on the rocks of Zambia and Tanzania where we work closely with Zambian and Tanzanian collaborators.

Over the years, our team has collected many significant fossils—including everything from some of the earliest dinosaur relatives to instances of tumors in our distant relatives. We’ve also found several new species of animals. After these fossils are prepared and studied, they will be returned home and will be held in museums and on display in their countries of origin.

This decade of work in Tanzania and Zambia has greatly improved our understanding about the fossil records of these countries, but also has raised new questions about extinction, survival, and recovery dynamics of the Great Dying that beg for further investigation.