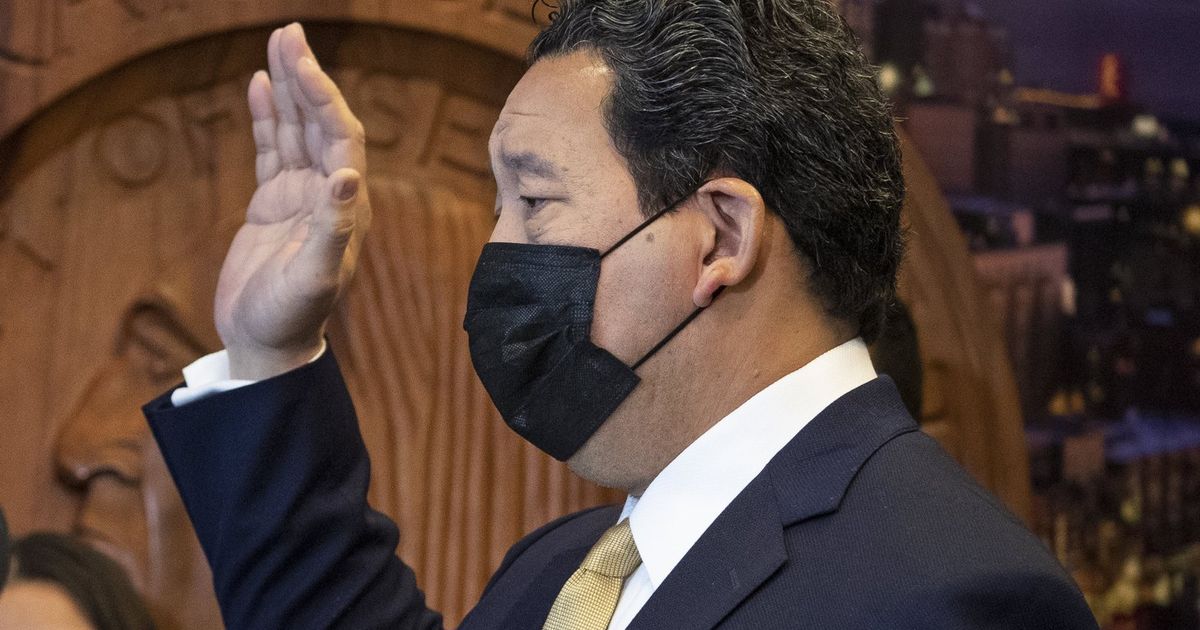 Seattle Mayor Bruce Harrell celebrated his inauguration on Tuesday, promising to forge “one Seattle” through a series of policy goals.

Harrell, who was officially sworn in at his home in December, held a small, private ceremony at City Hall due to rising COVID-19 cases.

Harrell noted his lack of festivities and continuation of “uncertainty and fear” caused by COVID and other issues as he takes office.

“But 2022 is not like past years — we continue to grapple with a stubborn pandemic that limits our ability to gather and celebrate,” Harrell said Tuesday.

“From March 11, 2020, when the World Health Organization declared COVID-19 a pandemic, we have lived in fear: fear to be around others; fear to shake someone’s hand; fear that our streets are unsafe; fear that Seattle has been heading in the wrong direction and can’t fix its problems; fear that our days in front of us hold less promise than those behind us.”

Harrell, who officially became mayor Saturday after being elected in November, said his team will lead the city out of the uncertain times and toward being “one Seattle.”

“Starting today, we will lead this city obsessed with excellence and kindness, with inclusion and hope, with balance and optimism. We will reject these attitudes of fear, pessimism, or cynicism,” Harrell said.

“We’ll listen. As your mayor we’ll lead by example.”

To achieve “one Seattle,” Harrell made promises that will anchor the early work of his administration: All will have health care; all will feel safe and supported; those now homeless will not suffer on streets and sidewalks; affordable housing for all; support for seniors, working families, and vulnerable people; all will have access to parks and open spaces; and the city will combat climate change.

The mayor emphasized his focus on public safety.

This is a breaking story and will be updated.