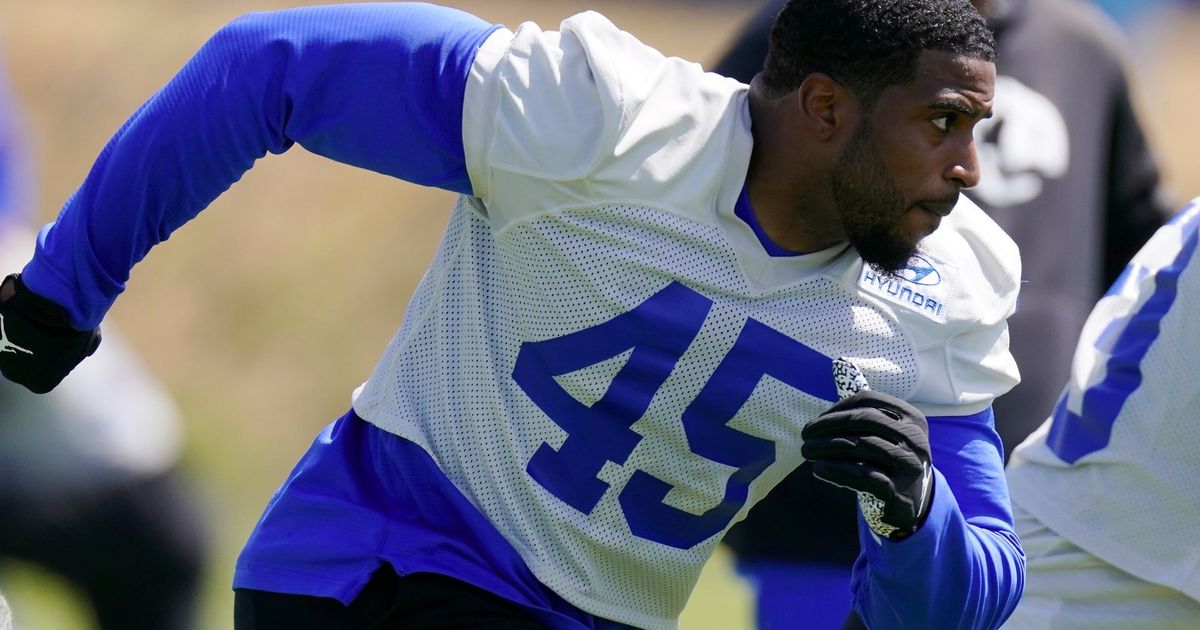 When Bobby Wagner packs up and leaves Seattle for Los Angeles soon for the beginning of training camp, he says it’s not “goodbye” but “see you later.”

While his work address has changed, Wagner plans to keep his residence in the Seattle area and remain a part of the community he began calling home 10 years ago when he was drafted by the Seahawks in the second round in 2012 out of Utah State.

Since his release by Seattle on March 8 and subsequent signing with the Rams a few weeks later, Wagner says he has often run into people in town who tell him “they hope I don’t leave forever. And I’m like ‘I’m not leaving forever. I just don’t play for the Seahawks anymore.’”

Proof of his commitment to Seattle came this week when Wagner hosted the King County Boys & Girls Club’s 2022 field day at Husky Stadium. Wagner regularly worked with the Boys & Girls Club during his Seahawks tenure, notably playing Secret Santa for a holiday shopping spree one year.

Roughly 885 kids ages 6-18 attended Wednesday’s event, which was also sponsored by UnitedHealthcare and hadn’t been held the last two years due to the pandemic.

“I just kind of wanted to show the city that had loved me for 10 years some love before I left and kind of let them know that although I’m not playing for the Seahawks that I am not removing myself from this community,” Wagner said. “I’m always going to be a part of this community.”

And as the months have progressed, Wagner said he has begun to have a little more pragmatic take on his release, realizing — to cite the famous phrase — that the closing of one door meant the opening of another.

In this case, that specifically meant the chance to play in his hometown with the defending Super Bowl champion Rams.

“Obviously there are still feelings there (about being released),” he said. “But at the end of the day I have a different perspective. I think my opinion on it would have been different if I ended up somewhere else. But to have the opportunity to go home and play not far from my family. Like I haven’t played this close to my family since high school (Colony High in Ontario, California).

“… I didn’t want to leave Seattle. But if I was going to leave Seattle, home was the next-best thing for me and so being able to be home, like I’m at peace with the situation. But still any competitor is looking forward to going back to the place that you played that they felt like you didn’t have nothing left and proving them wrong.”

Wagner, who turned 32 last month, was released with one year remaining on his contract with Seattle, which would have paid him $16.6 million in 2022. He signed a five-year contract with the Rams worth up to $50 million but with no guaranteed money beyond 2023, and viewed as essentially a year-to-year deal.

But Wagner, who will team with Ernest Jones as one of the Rams two inside linebackers in the team’s base 3-4 scheme, says he plans to show he’s the same player he’s been throughout a career that will undoubtedly land him someday in the Pro Football Hall of Fame.

But if happiness over his new situation has softened some of the initial bitterness over his release, it hasn’t dulled all of it.

Wagner tweeted shortly after his release that making the news of his release worse is that he didn’t hear it first from the team.

Both coach Pete Carroll and general manager John Schneider said later they regretted how they handled the situation. Schneider noted that Wagner is serving as his own agent, which meant there wasn’t the usual buffer between the organization and player to deliver bad news. Carroll also said he was to blame since he wanted the team to wait as long as possible to explore all options before making any move official.

Wagner says “I heard it from so many other people” that the team planned to release him that “I just decided to reach out to them to see if it was true” and only then was he told that it was.

Wagner said he hasn’t talked to either Carroll or Schneider since his release, only sharing a few texts that he described as “small talk.”

But he said he appreciated that each said they wished they’d handled it differently.

Wagner will get two chances to show the Seahawks up close this year that they made a mistake, though he’ll have to wait a while — LA hosts Seattle on Dec. 4 while the Rams don’t come to Lumen Field until the last game of the season on either Jan. 7 or Jan. 8.

He can rest easy that he’ll return to Lumen Field sometime down the road, as well, to get his name in the Ring of Honor, if not maybe have his number retired.

For now, he says, he isn’t worried about how the team might honor him someday “because I feel like my career is still going.”

That doesn’t mean he doesn’t sometimes think about his Seahawks legacy.

“When I played in Seattle, the whole goal was like to leave your mark,” he said. “I didn’t want to just be there and as soon as I retired everybody forget that I played there. I think I’m always grateful for my time and my energy that I gave to the city. I feel like I gave them everything that I have. I felt like we had a lot of good years (and) I was committed to not only the organization but to the city. So it’s unfortunate that I won’t be one of those guys who said they played their whole career with one team. But I’m excited to be able to go home and play in front of my family.”

Bob Condotta: 206-515-5699 or [email protected]; on Twitter: @bcondotta. Bob Condotta covers the Seahawks for the Seattle Times. He provides daily coverage of the team throughout the year.