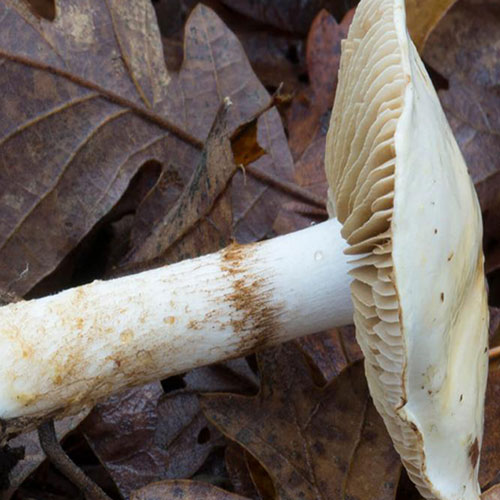 Currently, Ammirati and colleagues are developing DNA “barcodes”—a unique DNA sequence—that can be used to identify species from mushroom tissue, spores, or environmental samples. These mushrooms with a barcode could be easily identified by non-mushroom experts. The barcodes will be placed in online public databases, allowing full access to the data by everyone, including medical and veterinary staff dealing with mushroom poisonings, who could use the databases to rapidly identify the species of mushroom ingested.

Ammirati and his colleagues are currently conducting a study of the species of Cortinariusthat grow in association with Oregon oak trees in the Columbia Gorge, where these trees are part of unique habitats that support a rich array of fungi, plants, animals and other organisms. This is one of the first extensive studies of the fungi associated with Oregon oak in our region. The species of Cortinarius that grow in association with the roots of Oregon oak are almost all new to science and often represent previously unknown evolutionary lineages.