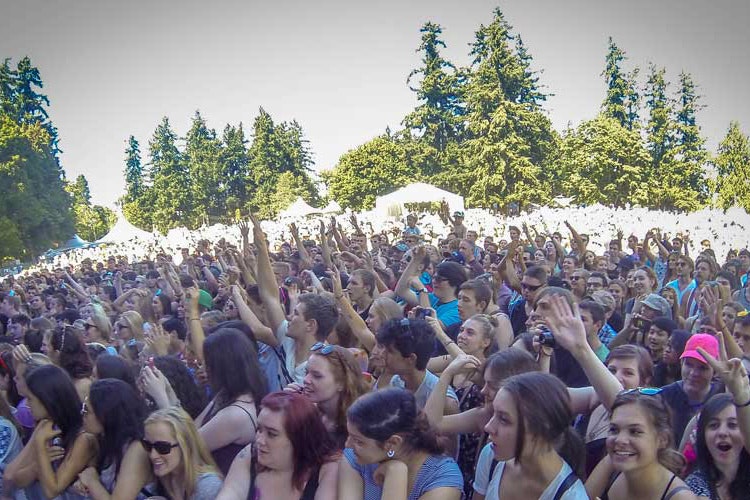 Take a break from the news for a few minutes and look ahead to the weekend. KUOW’s Kim Malcolm reached out to Seattle Times music writer Michael Rietmulder today for some tips on what’s shaping up to be a big weekend for live music.

The Head and the Heart at Marymoor Park

For those who don’t know, The Head and the Heart are Seattle folk rockers who blew up about a decade ago with their first two albums on Sub Pop. They’re back in town this weekend playing two big homecoming shows. They have a new album that is kind of pushing their sound into more of a pop direction and production style. We’re seeing them really kind of expand what they’re doing from the early days when they started out as a little indie folk band playing around Ballard.

Day In Day Out Festival

This is a three-day festival at Seattle Center’s Fisher Pavilion. It’s from the same team that organizes Capitol Hill Block Party. This is more of a laid-back sort of sibling event with just one primary stage. So, you’re not running around between half a dozen or so. I’m looking forward to each of the headliners. Mitski plays Friday. She does these very pensive indie rock songs and incorporates striking choreography into her performances. Saturday there’s Mac DeMarco, who’s playing songs from his first two albums back when he was sort of this goofy low-fi rocker. And on Sunday is The National, a veteran indie rock band that’s been around since the 2000s. Very brooding, kind of dense, indie rock.

This series runs every Friday through the end of the month. It’s a free block party-style event outside the LTD Bar and Grill with tons of live music, local vendors, and an emphasis on BIPOC and LGBTQ artists. It started as this very community-focused, DIY response to when music venues were closed during the pandemic, where this local band, Marshall Law Band, bought an old trailer that used to be one of the floats in the Fremont Solstice Parade and converted it into a mobile stage where they could play outdoors safely anywhere they wanted.

They wound up doing an event in Fremont outside this bar and it became such a hit that it turned into a weekly series last summer and they picked it up again this year. Tonight, there’s this dreamy indie rock band called La Fonda, and pop-punk artist Haley Graves. Both would be great to check out.