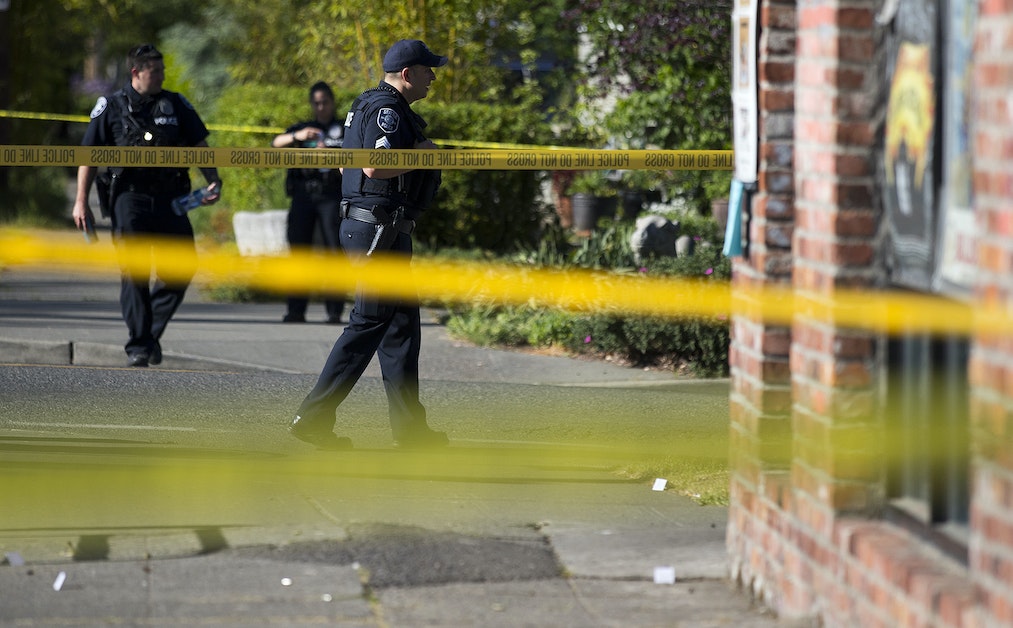 Over the weekend, there were at least three shootings around Seattle that left one person dead and another injured.

Crime, Harrell declared, would not be tolerated in Seattle, “especially gun violence, we will not look the other way while the fabric of our neighborhoods and city is destroyed,” he said.

One of those high-priority areas Harrell noted was the junction of 12th Avenue South and Jackson Street in the Chinatown International District.

On Friday night, the day of Harrell’s speech, a man was shot and killed in South Seattle. Police say he was 24 years old.

The day after Harrell’s speech, Seattle Police say a man was injured near that intersection after someone fired a gun at the ground.

The same night neighbors on Capitol Hill reported hearing multiple gun shots during what SPD calls a “gun battle” when over 40 shots were fired.

The weekend of gun fights and death continues a tragic trend in the city. A report from SPD found a 40% increase in shots fired in Seattle from 2020 to 2021.

Fewer available police officers is one reason for the rise in crime, the mayor says.

“I inherited a depleted and demoralized police department — this status quo is not acceptable,” Harrell said.

But local anti-gun violence advocates want Harrell to do more than send out more officers.

Margaret Heldring is with the advocacy group Grandmothers Against Gun Violence and spoke Monday after the shootings.

“The raw reaction is one I think that’s broadly shared, which is despair,” Heldring said.

Heldring says she applauds the mayor for identifying areas that need greater police attention and collaboration with community members like in Little Saigon.

“But we would really like to see him develop a long term approach as well,” she said.

Crime prevention is just one part of the solution, Heldring said, and she’d like to see more focus on the easy access to guns around Seattle.

“A plan, a program, a set of communication tools, steps to take to encourage if not require gun owners to store their guns safely in the home,” Heldring said.

On Monday Harrell put out a statement that he supports trying new technologies like acoustic Acoustic Gunfire Locator Systems which can alert police of a shooting before one’s reported.

Those alert systems have been discussed before in Seattle and researchers debate how well they actually work.

Harrell’s administration has a lot of work ahead to reverse the region’s violent trend. The SPD report says shootings and gun deaths in Seattle were the highest last year than they’ve been in a decade.

Margaret Heldring says it’s not too late though to make Seattle safe for residents.

After her initial emotions reacting to the weekend’s shootings she says she then said to herself, “back to work, don’t give up, keep going.”