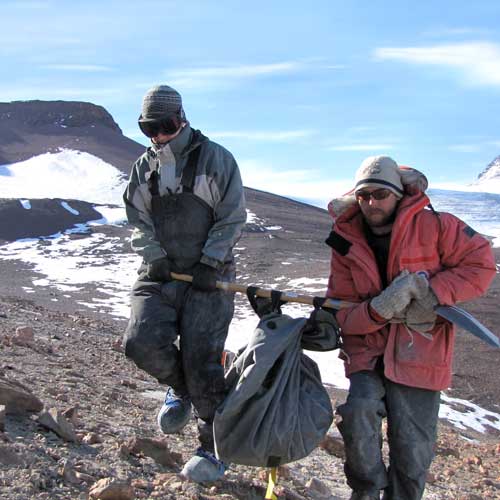 In December 2010, a team of paleontologists from the Burke Museum of Natural History and Culture in Seattle, Washington, traveled to Antarctica to collect 250-million-year-old fossils from the Triassic period. Antarctica can be an extremely challenging place to collect fossils.

The freezing temperatures mean that most glues don’t work and the plaster typically used to cover fossils during the removal process often won’t set. (The solution? Wrap the fossils in duct tape!) Some of the unique challenges of fieldwork in Antarctica start even before you arrive on the continent.

We recently partnered with Google Cultural Institute on their Natural History project launch to create an immersive online exhibit about what it’s like to collect fossils in such a harsh environment. Check it out for yourself: