After an epic road trip from Seattle down to San Francisco, there are some things my four-year-old Otis can’t stop talking about, and Seattle is one of them. The city captured his imagination and won his heart, and these are some of the reasons why…

As soon as he heard the word Space Needle, Otis was excited. For a space-obsessed kid, the futuristic tower is a definite win. Not only does it look like something from The Jetsons (we’re into retro cartoons in this household!), it’s also fun to explore. He loved going to the top and seeing the city from up high. And best of all was the rotating floor where he and his little brother lay on the ground peering down at the city below. Taking the Seattle Center Monorail to get to the Seattle Center was also a big part of the fun.

Victoria and family at the top of the Space Needle. Victoria Watts Kennedy

A common question in our house: “When can we go back to the playground in Seattle?” It’s a bit problematic seeing as we live in the UK! But that’s how much Otis loved the Artists at Play Playground in the Seattle Center. It’s such a fantastic space and he was particularly taken with the giant climbing tower in the centre. It was a little high for him, but he’s determined to return one day so he can master it!

MoPOP will forever be the first place Otis played a video game. He was amazed by the Indie Game Revolution exhibition and loved having a go on the different games. Another big hit in MoPOP was the Infinite Worlds of Science Fiction exhibit where he loved seeing all the props from movies and TV. He hasn’t seen the shows, but was excited by it all nonetheless. The colourful building itself also impressed him (and us!).

Not sure who loved these more, me or the kids! The doughnuts at General Porpoise are exemplary and the name definitely helps to endear it to little ones. Other treats Otis loved in Seattle included the pastries at Temple Pastries and Molly Moon’s ice cream. 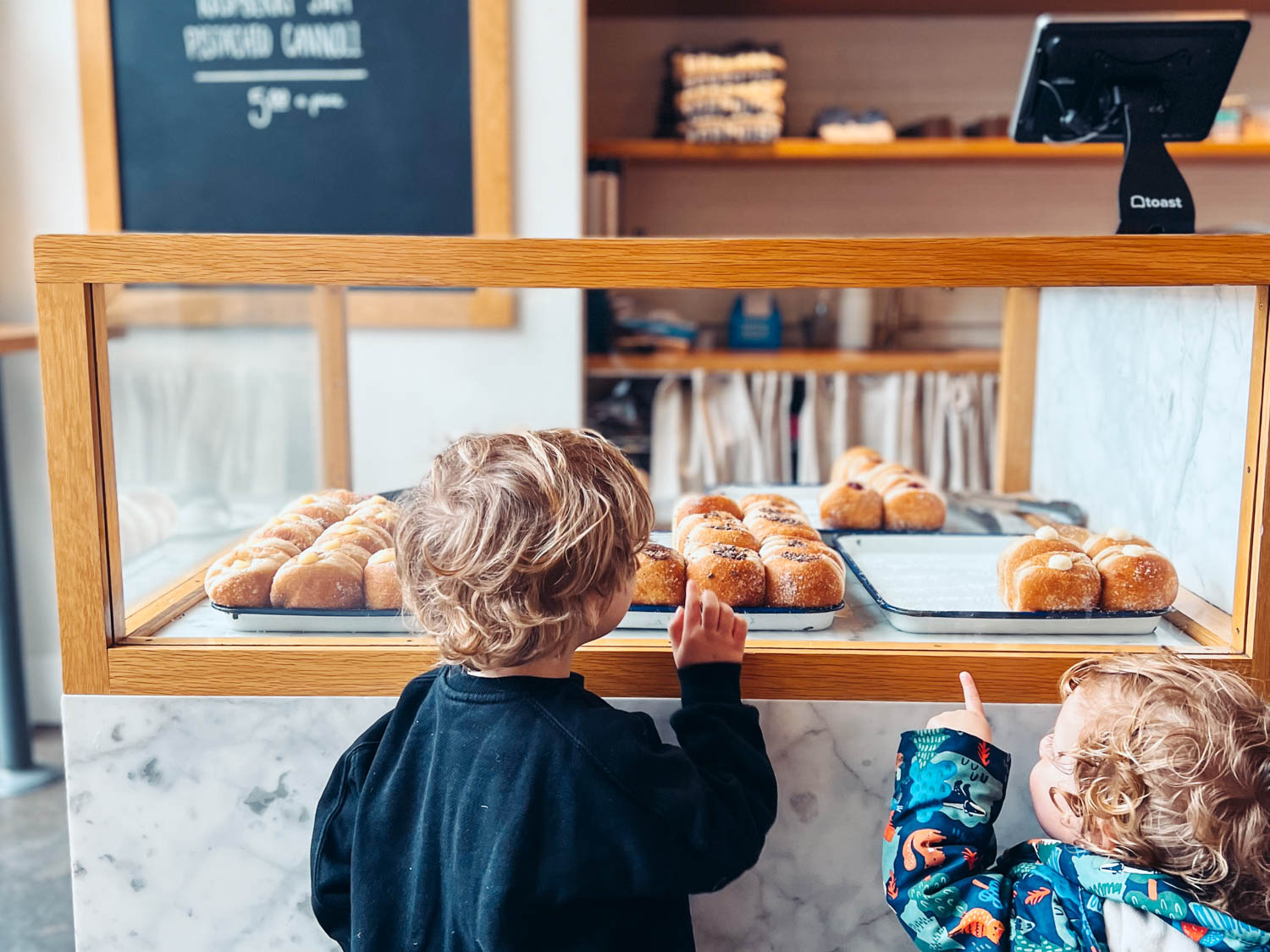 5. Breakfast in bed at the Mayflower Park Hotel

One of the ways to our kids’ hearts is French toast, and Otis was a massive fan of the one from Andaluca restaurant at the Mayflower Park Hotel. We treated ourselves to breakfast in bed and it was a major hit with the children. I mean, who doesn’t like a sweet breakfast in bed?! 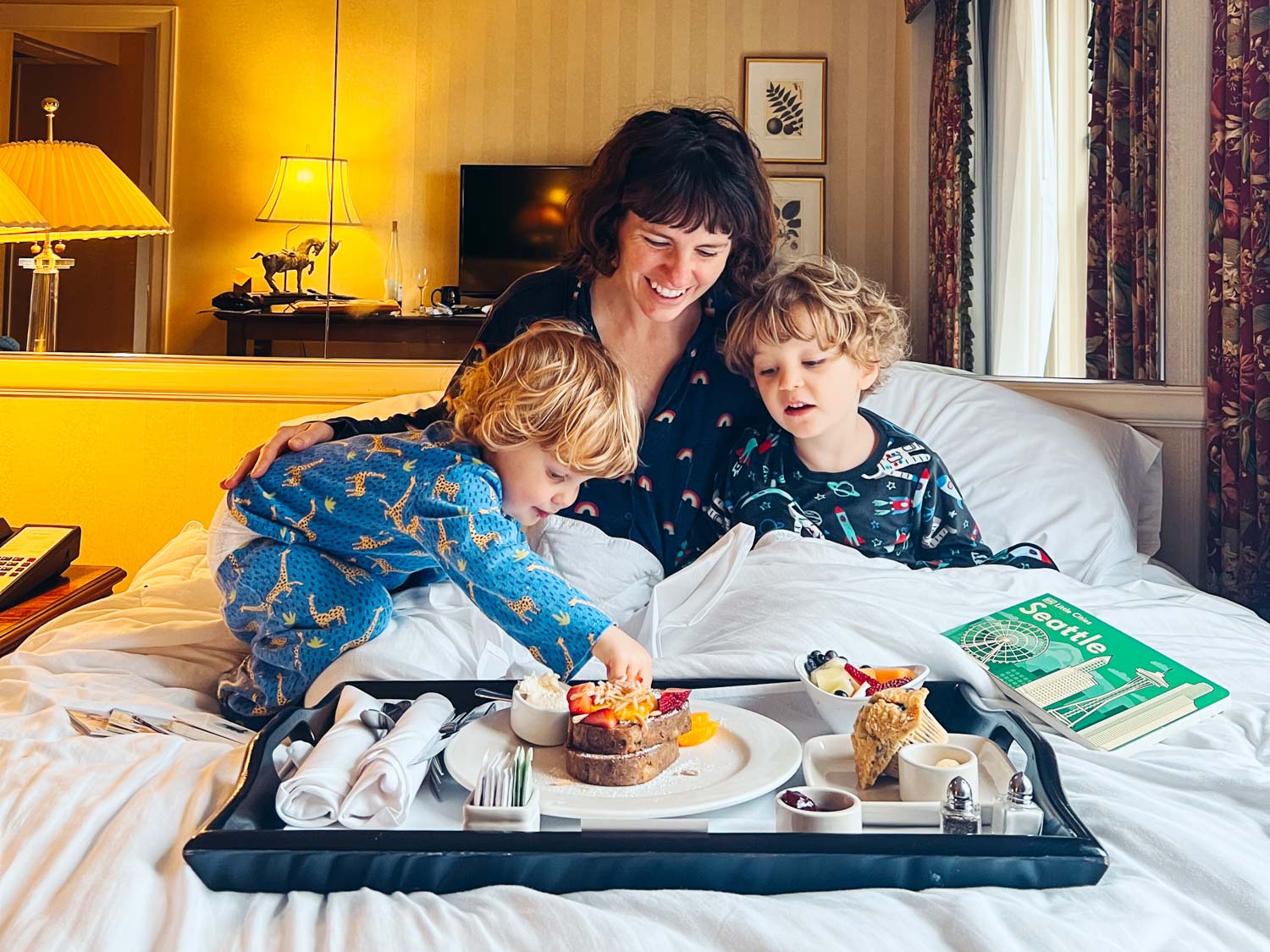 This was nearly a disaster as Otis is obsessed by racoons and we’d bigged up Woodland Park Zoo as the home of Lucy the Racoon – but then when we got there, she wasn’t on display that day. So it’s testament to how great the zoo is that Otis still loved the place and had an amazing time. Seeing bears definitely helped!

7. Wheedle on the Needle

And finally, Otis’ love for Seattle goes hand-in-hand with this book, Wheedle on the Needle. We still read it back in England and it’s become a firm favourite – a jumping off point for talking about all the things in this post and why he loves Seattle. 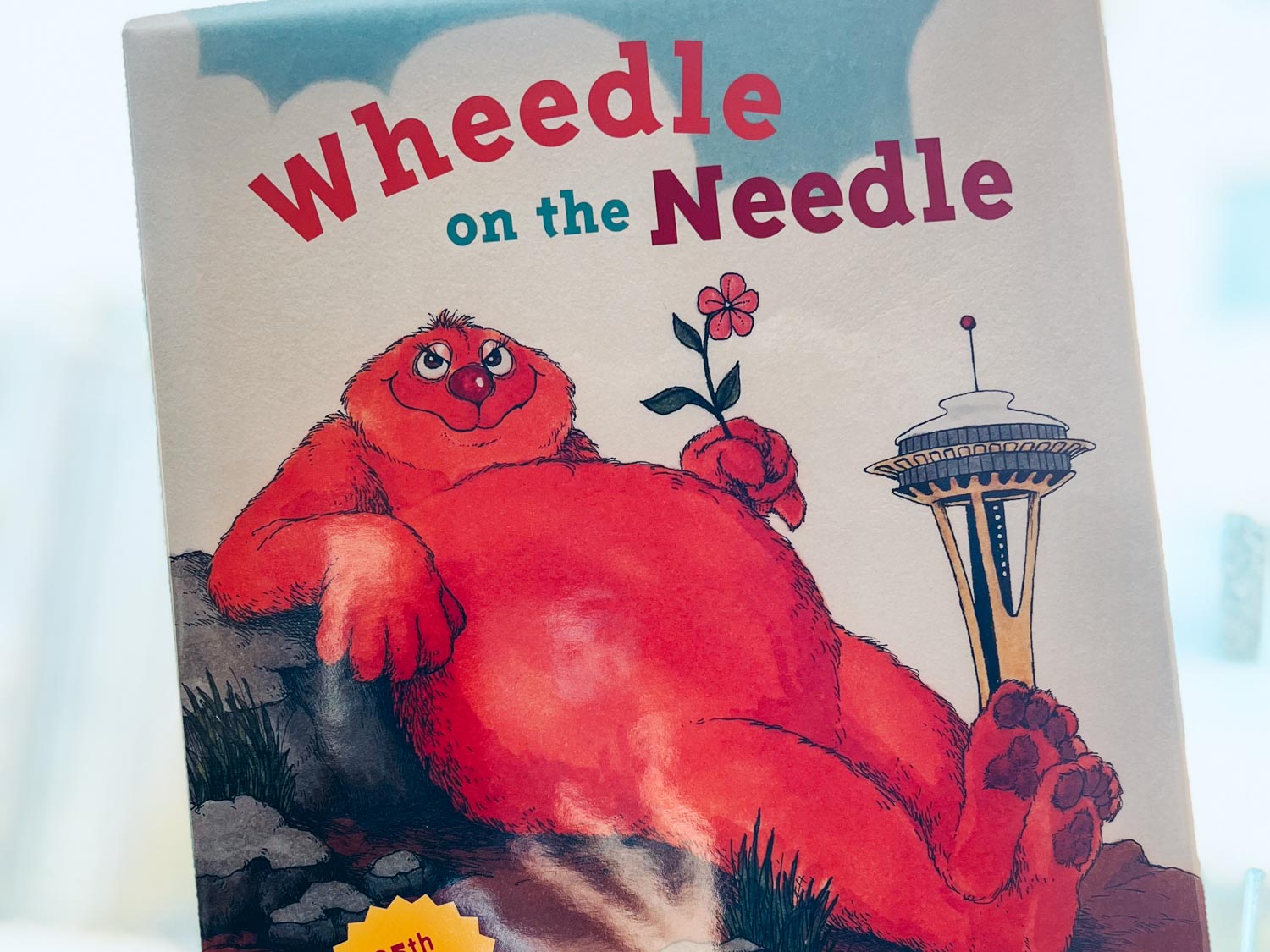 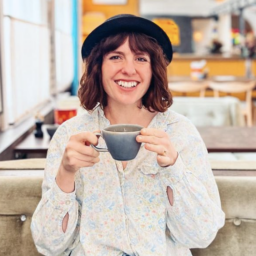