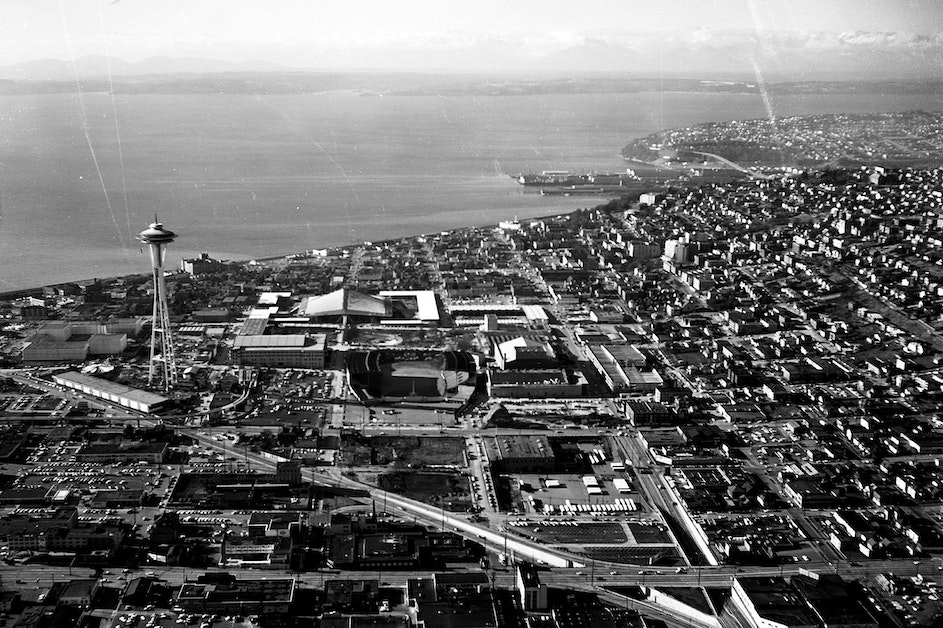 Formally known as the Century 21 Exposition, the fair drew nearly 10 million people to Seattle Center between April and October 1962. KUOW’s Kim Malcolm took a look back at its origins, famous visitors, highlights, and controversies.

“The whole World’s Fair was part of the national response to Sputnik. It received federal funding because the scientists in the U.S. wanted a science fair, and the Eisenhower administration thought that was a good idea. The Space Needle was designed to be a symbol of the kind of uplift that science and technology represented to the world.

When they broke ground on the Space Needle, it was literally the same time that the Berlin Wall was being built. It became this kind of symbol about the difference between us and the Soviets. They were putting up barbed wire, we were putting up a vista to the world.”